To share your memory on the wall of Kenneth Nissen, sign in using one of the following options:

Kenneth’s father worked in Homestake gold mine until Ken was 10 years old. At that time his father’s brother, Matt, was killed in a mining accident and Alfred moved the family back to Nebraska, where he and Anna had grown up. Ken spent his teen years farming alongside his father and siblings.

About the time Ken turned 20 he met a young lady from the Black Hills of South Dakota named Augusta (Gussie) Compton, whom he lovingly called his “mountain girl”. They were married in May of 1952 shortly after he joined the Coast Guard. They just celebrated their 68th wedding anniversary.

After his discharge from the Coast Guard, Ken and Gussie spent a few years back in Nebraska before moving to Boise, Idaho in 1956. It was there he began a long career in construction.

It was also in Boise that Ken learned the Bible truths that would shape the rest of his life. Gussie started studying the Bible with Jehovah’s Witnesses but Ken stated “I don’t want anything to do with it.” That sentiment would soon change when Ken began seriously examining the Bible to see if the Witnesses were teaching the scriptures accurately. He discovered they were, and from that point on Ken made changes to conform his life to please his heavenly Father, Jehovah. He dedicated his life to Jehovah and he and Gussie were baptized in 1958. It took more than one attempt to completely immerse Ken in the bathtub that was used as their baptismal pool!

In 1970 Ken and Gussie and family moved to the small Wyoming town of Newcastle to assist the congregation in preaching “the good news of the Kingdom”. While in Wyoming he assisted in the new concept of “quick build” Kingdom Halls. He served on the Regional Building Committee, helping build many Kingdom Halls in Wyoming, South Dakota and Colorado.

In 1983, Ken and Gussie moved to Monmouth, Oregon where Ken was again asked to serve on the Regional Building Committee and faithfully worked hard in that assignment for many years.

In 2003 Ken and Gussie moved to Milton-Freewater, Oregon. There they developed close friendships with many in their congregation and truly enjoyed the eleven years they spent there. In 2014, due to
failing health, they moved to Billings, Montana to live with their daughter June and her husband Robin
and family. There they developed more friendships and were well cared for.

During his life as one of Jehovah’s Witnesses, Ken helped many others to learn the truth from the
Bible. Included are his mother, two of his sisters and their families. He faithfully served as an elder
in the congregations for many years. We look forward to welcoming him back to an earthly paradise, a hope Ken firmly believed in.

There are no events scheduled. You can still show your support by sending flowers directly to the family, or planting a memorial tree in memory of Kenneth William Nissen Sr..
Plant a Tree

Posted Jun 12, 2020 at 12:45am
I just read the obituary. It was beautifully written. What a wonderful faithful life spent serving Jehovah. He and Gussie were a blessing to our congregation and I miss them both. We will be happy to see him again 'Just around the corner.'
Comment Share
Share via:
J

Posted Jun 09, 2020 at 09:31am
There were so many memories where does one start. The beloved camping trips to Stanley Basin and Redfish Lake. The Sunday late afternoon picnics at Lucky Peak Reservoir. The 1963 trip to the International district assembly in Pasadena California. Going in the field ministry with dad and mom on Tuesday evenings and Saturdays and Sundays. Dad teaching me to parallel park. All the trips to assemblies in Canada and various other places. Dad was actually a person who would rather fade in the background but his love for his God Jehovah caused him to get out of his comfort zone and share Bible truths boldly with others. He was zealous for the ministry up into old age until his mind and body started giving out on him. But his hope and ours is to see him whole, happy and healthy in the paradise earth as God has promised, Psalms 37: 29, ‘The righteous will possess the earth and live forever upon it.’
Comment Share
Share via:
WN

Posted Jun 02, 2020 at 12:08am
Ken and I met back in early 1980 in Monmouth OR. We were fellow elders in the local congregation and became close friends. In 1986 we became business partners in the Travel Agency in Monmouth. Ken had integrity and character. in November 1989 I made a small tour group to the Middle East. Ken and Gussy came along for 3 weeks. I was their tour guide. Visited Egypt, Jordan and Israel. We had a great time.
I am sorry that we lost a very dear friend and a spiritual brother. my condolences are to the family as we all await the resurrection where Ken will be back in his full Heath , youth and vigor

With my love to dear Gussy and the family

Posted May 31, 2020 at 06:11am
Great grandpa or otherwise known as Grandpa GG was always such a character to be around. He shared memories that made you laugh and feel happy but most of all encouraged. I remember being so excited to see him at family gatherings because he was like the big papa bear that started it all haha. Back In January of this year (2020) my cousin Jaden and I sat with grandpa and grandma GG to listen in to the meeting. That will forever be one of the very special memories I’ve had with him. When the kingdom melodies came on and they started to sing you could really see the faith they had in their hearts and I’m so happy that I was able to be apart of his life. My heart goes out to all the family and friends that survived him❤️ May we all see him again In the near future.
Comment Share
Share via:
EO

Posted May 30, 2020 at 06:07pm
What a wonderful and helpful Brother Ken Was.
Will be missed so much by all those that knew him. He loved Jehovah so much so can't wait to see him in the New System. What a wonderful family he has that will miss him so much but will look so forward to seeing him soon. Jehovah help those that loved him so much to get through this trying time.
Comment Share
Share via: 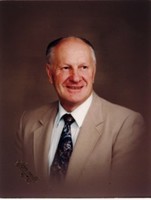