To share your memory on the wall of Ronald Kaneski, sign in using one of the following options:

In 1988 he met Sandi and fell in love. Sandi and Ron were married in 1989. They were self-employed and established Wood and Steel Pro Systems. As general contractors, they built many buildings, structures, and other amazing works of wood. Together they completely remodeled their home. He loved making up songs on the spot to sing to his “Queen of the Oregon Trail”. He stood by her side as she battled cancer until she finally died in 2012.

Ron was a meticulous carpenter with a vast knowledge. He worked for himself and several contractors. His last job was working for HighGate Senior Living as a carpenter. He worked on several of their facilities in Montana, Washington, Arizona, and California. He loved working for the company and was always proud to show his latest accomplishments.

He was preceded in death by his wife, Sandi, his parents, and his son Michael Kaneski.
The family would like to thank the HighGate Senior Living family and coworkers that took excellent care of Ron after he became a resident. We would also like to thank Stillwater Hospice for their wonderful staff and the assistance they provided to Ron.

Graveside service will be held June 6, 2020 with his family. Condolences for the family may be shared at smithfuneralchapels.com.
Read Less

Posted Jun 02, 2020 at 09:12pm
May your heart and soul find peace and comfort. Wising you Prayers and Blessing! 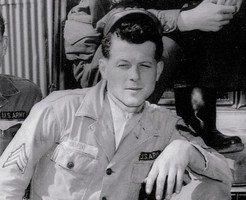