To share your memory on the wall of Alice Zumbrun, sign in using one of the following options:

Provide comfort for the family of Alice Zumbrun with a meaningful gesture of sympathy.

Alice was born to parents Orville and Sarah Burris on Ju... Read More
Longtime Roberts area resident Alice Zumbrun passed away Saturday morning, May 16, 2020 at Meadow Lark Assisted Living in Columbus. She lived a fulfilling life during her 94 years.

Alice was born to parents Orville and Sarah Burris on June 19, 1925 at the family home in Boyd, Montana. She resided there until her marriage to Everett Zumbrun on July 2, 1942 in Red Lodge. They were married for 61 years until Everett’s death. After Everett’s death, she moved to Joliet and resided there for 14 years. Alice enjoyed being a rancher’s wife, yet that is not all she did in her lifetime.

Alice had many jobs and interests during her lifetime to include working at the nursing home in Red Lodge, the “Y” Stop convenience store in Roberts and the Joliet Senior Center as a cook’s helper up until age 91. Alice worked to help put the kids through college and because she liked to stay busy. She belonged to many clubs to include the Roberts and Boyd Ladies Aides, Eagles Lodge and the Joliet Senior Citizens Center. Her hobbies included gardening and painting.

Alice enjoyed her family and loved to spend time with her sisters and their families. She enjoyed dancing at the Elks Club with Everett and their friends. She was very involved in attending events and helping at the Roberts Methodist Church. Spending time with her children and grandchildren also brought her much joy over her lifetime.

We will always remember Alice’s feisty spirit as well as her loving heart.

Cremation has taken place and a celebration of her life will take place at a later date with interment to take place in the Roberts Cemetery.

Memorial donations can be made to Roberts Methodist Church or Joliet Senior Citizens Center.
Read Less

To plant a memorial tree in honor of Alice Zumbrun, please visit our Heartfelt Sympathies Store.

There are no events scheduled. You can still show your support by sending flowers directly to the family, or planting a memorial tree in memory of Alice Zumbrun.
Plant a Tree

We encourage you to share your most beloved memories of Alice here, so that the family and other loved ones can always see it. You can upload cherished photographs, or share your favorite stories, and can even comment on those shared by others.

Plant a Tree in Memory of Alice
Plant a tree 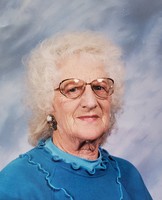