To share your memory on the wall of Shirley Mitzner, sign in using one of the following options:

Provide comfort for the family of Shirley Mitzner with a meaningful gesture of sympathy.

Lloyd’s service on the U.S.S. Colorado in WWII gave Shirley the opportunity to explore all 50 states while attending reunions. Those long-time friendships with Lloyd’s navy buddies and their families were treasured throughout her life. Of her varied travel experiences, some of her favorites trips included her two grandchildren. We hope her new journey will bring her peace.

Shirley was preceded in death by her parents, husband, brothers Joe Malek Jr., and Richard Malek, and son-in-law, Brian Inder.

Mother will be remembered for her caramels at Christmas, popcorn balls at Thanksgiving, homemade baby blankets, needlepoint Christmas stockings, her passion for hummels , and especially the love she shared with her two grandchildren.

Per Shirley’s request, there will be no immediate service. A graveside memorial will be held at a later date.
Read Less

There are no events scheduled. You can still show your support by sending flowers directly to the family, or planting a memorial tree in memory of Shirley J. Mitzner.
Plant a Tree

We encourage you to share your most beloved memories of Shirley here, so that the family and other loved ones can always see it. You can upload cherished photographs, or share your favorite stories, and can even comment on those shared by others.

Posted May 19, 2020 at 01:43am
Sorry to hear of your loss. Shirley and my mother, Inez Hohn, were good friends, and I met Shirley several times. She even attended our family reunion in Billings a couple of times. She and my Mom met through the Colorado reunions, and kept in touch all the time. They enjoyed a lot of travels together, and also shared the love of Hummels together. Mom always spoke highly of her and enjoyed their time together.
Comment Share
Share via:
SP

Posted May 17, 2020 at 09:30pm
With heartfelt condolences, I am thinking of your family in this time of loss

Posted May 16, 2020 at 11:21am
I am so sorry for your loss, your mom was a loving, wonderful person. My dad, Dale Smith loved her dearly as a cherished friend. The last time I saw Shirley was at my dad's 90th Birthday party, she was as lovely and beautiful as I have always known her to be. She was a joy and a delight and I feel a special privilege to have known her throughout my own life. My sincere condolence's to the family.
Comment Share
Share via:
C

Posted May 16, 2020 at 10:23am
I was so sorry to hear of Shirley’s passing. I enjoyed hearing about the family when I saw her and through Christmas Cards. I don’t know what happened between my mom & dad & your mom but I know they used to be very close. I was glad to see her & Audrey at Grand Park. My heart felt sympathy goes to your family. Candy Klein
Comment Share
Share via:
HS 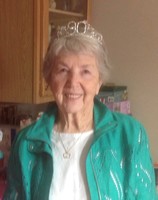