To share your memory on the wall of Claude Mumbower, sign in using one of the following options:

Provide comfort for the family of Claude Mumbower with a meaningful gesture of sympathy.

Print
On May 2, 2020, a beautiful sunny day in Columbus, Montana surrounded by his wife, daughter, and son-in-law, Claude left this earth to be with his heavenly father.

Claude Mumbower was born on October 20, 1939 in Kalispell, MT. He grew... Read More
On May 2, 2020, a beautiful sunny day in Columbus, Montana surrounded by his wife, daughter, and son-in-law, Claude left this earth to be with his heavenly father.

Claude and Nancy spent 15 years in Missoula where they started their family then they moved to Conrad. MT to raise their two children, Kenneth (Mancos, Colorado) and Donna West (Columbus, Montana). In Conrad, Claude owned a plumbing supply business for 12 years and finished his career working for the City of Conrad for 16 years. In 2005, Claude and Nancy moved to Columbus, Montana to retire and be near their daughter and grandchildren.

Claude loved sports. He played varsity football for Kalispell high school all 4 years and played legion baseball for Kalispell. In his adult years, he coached baseball for 13 years at all levels from tee-ball to legion baseball in Conrad. Claude was seen often in his favorite major league baseball team attire, the Los Angeles Dodgers. Claude became a Dodger’s fan at an early age and recalls cheering for the Dodgers back when they still were in Brooklyn.

He is preceded in death by his mom and dad and brother Fred. Missing him are his wife Nancy; son Kenneth (Twyla) and his son’s McKade and Trayson from Mancos, CO; daughter Donna West (Travis) and their children Carson, Payton, Hanna, and Ethan from Columbus, MT; sister Freda Crane (Mike) from Conrad, MT; many nieces and nephews and cousins.

As per Claude’s wishes there will be no formal funeral instead the immediate family will gather together to celebrate and remember his life on Saturday, May 16, 2020.
Read Less

There are no events scheduled. You can still show your support by sending flowers directly to the family, or planting a memorial tree in memory of Claude E. Mumbower.
Plant a Tree

We encourage you to share your most beloved memories of Claude here, so that the family and other loved ones can always see it. You can upload cherished photographs, or share your favorite stories, and can even comment on those shared by others.

Plant a Tree in Memory of Claude
Plant a tree 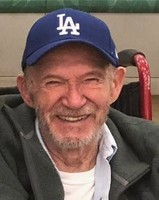