To share your memory on the wall of David Darnielle, sign in using one of the following options:

Provide comfort for the family of David Darnielle with a meaningful gesture of sympathy.

Posted May 12, 2020 at 11:03pm
I first met David when we were put together as lab partners in Mr. Rae’s 8th grade earth science class at Will James. We didn’t have any “after school” association, but once you met David, you were always his friend. He would always greet me (with a laugh) when we would see each other in subsequent school years. David was “crazy,” but he was kind. I remember in class he whispered to me the struggles one of our girl classmates was having (all in sympathy for her) ... reflecting on it now, that was quite mature for a 14 year old kid. I haven’t seen David since high school. I have met lots of “hippies,” but have never met a “hippy” like David ... he was truly unique. I am sure he will be sorely missed by family and friends that were close to him. Know that even those of us who knew him casually were still touched by him ... at times when my twin brother and I reminisce about people from our growing up years, when we bring up David, we have lots of good laughs. Sincerely, Mark Feltis, Pullman, WA
Comment Share
Share via:
TT

Posted May 10, 2020 at 09:07am
We are so sorry for your loss. David was one of the most talented people I know. I will never forget the roses he made. Our warmest condolences! 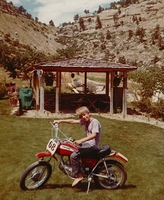 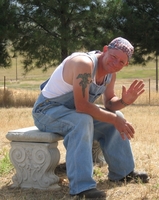 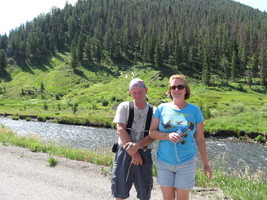