To share your memory on the wall of Joseph Hackenberg, sign in using one of the following options:

Provide comfort for the family of Joseph Hackenberg with a meaningful gesture of sympathy.

Joe was born October 29, 1923 in Williston, ND. He was one of five children of Joseph and Susanna Hackenberg, who immigrated from Germany in the e... Read More
Joseph J. Hackenberg, 96 of Bridger, MT formerly of Williston, ND passed away May 2, 2020.

Joe was born October 29, 1923 in Williston, ND. He was one of five children of Joseph and Susanna Hackenberg, who immigrated from Germany in the early 1900’s.

Joe graduated from Williston High School in 1942 with honors. He farmed with his Dad until 1944.

Joe then enlisted in the Army in 1945, serving as Ordnance Specialist during WWII. He was honorably discharged in 1947 as a Tech 4 Sergeant.

He returned home to take over the family farm. In 1951 Joe married Harriet Vizina and they lived on the farm until they moved into Williston where their two daughters attended school. He continued farming and working winters for Torvie’s Carpet and Linoleum Store. He started working for North Dakota State Truck Regulatory in 1968. At this time, he received his degree in Criminal Justice. He then completed his law enforcement training to become a certified Law Enforcement Officer. He became Supervisor and later retired from the North Dakota Highway Patrol in the fall of 1989.

Joe served on the Wilbur Township Board for many years and was on the Farmers Union Lumber Company Board for 36 years. He was a Governor and 50-year life member of the Moose Loge 239. He also was a life member of the Elks Club, American Legion #37 and North Dakota Peace Officers Association.

Joe loved to hunt and fish. For 20 years Joe and some very good friends went to Canada for successful moose hunting and fishing trips.

In 2011, Joe moved to his daughter Sherry (Jim) Hoskin’s farm in Bridger, MT. He was now able to spend a great deal of time with his two grandchildren, doing all the things he loved, farming, gardening and watching wildlife. There were many different events that he and his daughters and families loved to attend, car shows, parades, Huntley Threshing Bee, sightseeing trips, and visiting relatives. He loved all the family dinners and BBQs. He enjoyed seeing the new baby calves and lambs and being part of harvest. He was most happy when he could be outside working all day until dusk, when he was told he had to come in and eat dinner.

Joe was proud of grandson Cullen’s knowledge for all farm equipment. He was impressed with all the GPS and new technology that Cullen has brought to the farming operation. His granddaughter Codi made him special decorated birthday cakes every year. He was pleased Codi graduated with a Criminal Justice Degree and went into law enforcement and became a Sergeant with the Bridger Police Department.

He enjoyed making a memorable Christmas card using pictures of different events and places seen the past year.

Mighty Moose Hunter. With his rump on a stump and his feet to the fire, He dreams of a moose with antlers like a liar, dreaming while hunting – a very bad habit you usually end up with a snowshoe rabbit.

We love and miss you.
Read Less

There are no events scheduled. You can still show your support by sending flowers directly to the family, or planting a memorial tree in memory of Joseph J. Hackenberg.
Plant a Tree

We encourage you to share your most beloved memories of Joseph here, so that the family and other loved ones can always see it. You can upload cherished photographs, or share your favorite stories, and can even comment on those shared by others.

Posted May 26, 2020 at 12:35am
Joe Hackenberg was one of my. special brother-in-laws. He always treated everyone with kindness and respect. I admired how kind and caring he was to our whole family, his entire life. I have fond memories of his stopping by and having a cup of coffee with my mother. I know he will be forever missed and always loved. He was a special gentleman. Much love to my dear nieces and their families, who shared so much of their lives with their father and grandfather.
Comment Share
Share via: 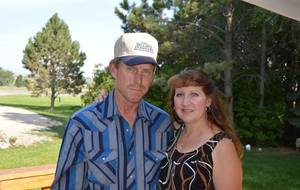 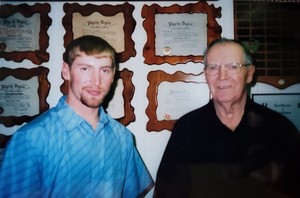 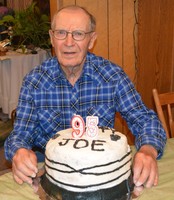