To share your memory on the wall of James Kammerzell, sign in using one of the following options:

Provide comfort for the family of James Kammerzell with a meaningful gesture of sympathy.

James worked as a sanitation worker for the City of Billings for over twenty years. He used to joke that one man’s trash was another man’s treasure; he shared those treasures with many throughout the years. He took after his father, Ralph, in leaving this world a better place with upcycling and recycling.

James was the crazy uncle that all of his nieces and nephews loved (Lisa Smith, Kimberly Kuntz, Jennifer Benson, Christopher Benson, Kathleen Benson, Jonathan Benson, Tyler Kammerzell and Ashley Drumheller). He created many lasting memories with his family. James also adored his great nieces and nephews.
He was an avid outdoorsman. He enjoyed fishing, hunting, camping, four wheeling and motorcycling. James enjoyed spending time with the kids and teaching them to fish and hunt. He enjoyed wheeling, dealing and antiquing.

We will miss the stories that he shared with us along the way. He was truly the man who would do anything for anyone. James will forever be in the hearts of many. In the words of James, “I love you man”.
Celebration of life will occur at a later date.
Read Less

Print
A Celebration of Life is planned for a later date.

We encourage you to share your most beloved memories of James here, so that the family and other loved ones can always see it. You can upload cherished photographs, or share your favorite stories, and can even comment on those shared by others.

Posted Apr 07, 2020 at 05:23pm
James, I have so many fond memories of you. You had such a big heart and always ready to help your friends and neighbors out.
You will truly be missed and loved. I cannot imagine life from this point on but will always hold precious the many memories.Love you brother.
Comment Share
Share via:
LE

Posted Apr 07, 2020 at 05:05pm
I am so sorry for your loss Theresa and for your family's loss. Your brother sounds like he was a wise man to recycle and reuse and to care about his work with passion. His love of teaching children the finer things in life will live on forever in his memory. My deepest condolences to you all. Hugs and love.
Comment Share
Share via:
TC

Thank you so much Lorayne! 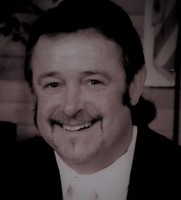