To share your memory on the wall of Norma Alberta, sign in using one of the following options:

Provide comfort for the family of Norma Alberta with a meaningful gesture of sympathy.

Norma was the second eldest child born to Edward and Martha (Hakola) Kero on August 1, 1928. She was born on a farm in Fox, MT, next to her grandfather Jacob (Joki) Kero’s homestead (the farm on Highway 212 located across from the entrance to the Kaleva Lodge) which is in the National Register of Historical Places. They moved to Red Lodge where she attended school and graduated from Carbon County High School with the Class of 1947. She attended Eastern Montana College (now MSU-B). While living in Billings, she was employed by the Montana National Bank and Dick Popelka at Star Transfer Company.

On July 21, 1951, she married her high school sweetheart and love of her life, William M. “Bill” Alberta, while he was home on furlough. Together they returned to Ft. Ord, CA, until the end of the Korean War. After a short stay in CA, they moved back to Billings and had two daughters, Denise and Patti. Between 1964 and 1973, her husband’s job with Shell Oil Co. transferred them to Oklahoma City, Denver, and then Houston, TX.

After three years in Houston, she had a battle with breast cancer. She became instrumental in getting her exercise instructor at the YMCA to begin a water exercise class for women having mastectomies. The class was given in the West Houston area near the new (at that time) Marriott Hotel that had a nice new swimming pool. It was well attended, and we are proud to say she was a 44-year cancer survivor.

Following her cancer recovery, she earned her TX state certification in Early Childhood Special Education. She worked at Bendwood Elementary as a Special Ed Teachers Aid assisting teachers with four- and five-year-old children with special needs. She retired in 1992 after serving about 15 years in Spring Branch ISD. She was very active at Holy Cross Lutheran Church, sang in the Houston 50+ Choir, and was with the Stephen Ministries Group. After 26 years in Houston, Bill and Norma moved back to Red Lodge, MT, in 1999. Despite being diagnosed with Parkinson’s, she loved singing in the Finnish Choir, Community Choir, and Messiah Lutheran Church Choir. She also enjoyed the Does, Ladies of Kaleva, and Red Lodge Senior Center where she served as Secretary and Historian for ten years. She loved to travel, do various arts and crafts (such as painting and stain glass), play golf, fish, and go to TX for Christmas to visit her cherished grandchildren, Christopher and Ryan.

After her husband passed away in 2012, Norma moved into Tender Nest in Laurel. Although the Parkinson’s took its toll on her mobility, it did not keep her from doing things she enjoyed. She spent the last eight years playing Canasta, working crossword puzzles, and keeping up with her favorite football, basketball, and baseball teams. She also participated in all the activities held at Tender Nest including the exercise group, games, arts and crafts, and the weekly church service and bible study. Word has it that you could hear her lead the group sing during church service.

She was preceded in death by her husband Bill, both her parents, two brothers (Erland and Donald Kero), sister Nancy Pietala, brother-in-laws Roy Blohm and Eugene Pietala, sister-in-laws Linda Alberta and Jan Alberta, and daughter Denise Elson. She is survived by her daughter Patti Allen and her husband Jack, grandsons Christopher and Ryan (apples of her eye), sister Sally Blohm, cousin Carol (Hasterlik) Hill, brother-in-laws John and Rich Alberta, and several nieces and nephews.

The family would like to thank Tender Nest for taking such great care of Norma over the last eight years. We would also like to thank Compassus for their wonderful care and oversight during these last few months.

Norma was cremated, but due to the Corona virus, her memorial service will be held in Red Lodge later this summer. Please send condolences as well as any stories of Norma you would like to share to www.smithfuneralchapels.com. The family asks, in lieu of flowers, to please send memorials to your favorite charity.
Read Less

There are no events scheduled. You can still show your support by sending flowers directly to the family, or planting a memorial tree in memory of Norma Laverne Alberta.
Plant a Tree

We encourage you to share your most beloved memories of Norma here, so that the family and other loved ones can always see it. You can upload cherished photographs, or share your favorite stories, and can even comment on those shared by others.

Plant a Tree in Memory of Norma
Plant a tree 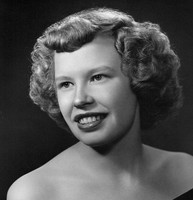