To share your memory on the wall of Robert Frank, sign in using one of the following options:

Print
Robert L. Frank, Beloved Husband, Father, Grandfather, and Great-grandfather 77, of Laurel MT passed away at his home surrounded by family on Thursday March 19th, 2020 after a long battle with prostate cancer.

He was born in Billings, ... Read More
Robert L. Frank, Beloved Husband, Father, Grandfather, and Great-grandfather 77, of Laurel MT passed away at his home surrounded by family on Thursday March 19th, 2020 after a long battle with prostate cancer.

He was born in Billings, MT the son of Philip and Rachel Frank. He attended school in Laurel and Bozeman. He was united in marriage to Judy Goddard on September 22, 1962, they have resided in the Laurel area since.

He worked several campaigns at the sugar factory in Billings. He had a long career at CHS Refinery in Laurel, retiring in 2009 after 44 years of service. He also owned and operated R.L. Frank Septic Service for over 45 years. In addition, he also had a small herd of cattle that he managed in his spare time. His hobbies in between jobs were camping, fishing, hunting, boating, gardening, snowmobiling and riding ATV’s. The Cooke City area was a particular favorite of his.

A heartfelt Thank you to Theresa and Britney and the entire St John’s Hospice team for the wonderful care and support! To all of his friends and family the utmost appreciation for the love you showered him with, it truly meant the world to him!!

He was preceded in death by his parents; Rachel and Philip, and his brother Ronald.

In lieu of flowers donations can be made to First Baptist Church of Laurel MT.

Recent events dictate we will have a memorial service at a later date.
Read Less

Posted Mar 27, 2020 at 11:49pm
Dear Judy, we must not forget that one of Bob's favorite hobbies was memory-keeping, and he kept everything neatly together in a huge binder. I enjoyed our dialogue in 2018 and was impressed with his keen mind and clear memory of past family history. One of the necessary salts of life is grief. It describes and creates a memory for us. Without it, our loss would be total. Peace from Lynnette and LeRoy Feusner in Alaska. Posted Mar 26, 2020 at 08:18pm
Sorry for your loss. I really enjoyed spending time talking with Bob after bible study. He had such great stories to share. He was super intelligent and I had all out respect for him. I'll miss him.
J Williamson
Comment Share
Share via:
JC

Posted Mar 25, 2020 at 12:50pm
Sending Love & Prayers to Bob's family. Fun memories of our time with the family raising our kiddos, attending church at First Baptist & attending the Christian School. We will be with our fellas in God's time.
Comment Share
Share via: 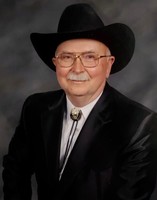 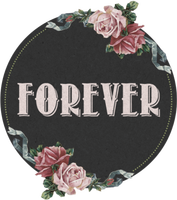