To share your memory on the wall of William Bowman, sign in using one of the following options:

Bill spent his early years at what ... Read More
William G. (Bill) Bowman was born November 4th, 1930 in Sheridan, Wyoming the son of William J. and Edna Ruth (Caywood) Bowman. He passed away March 21, 2020 at Meadowlark Assisted Living in Columbus.

Bill spent his early years at what is now Chief Plenty Coups State Park where his father was the caretaker. There he was responsible to keep wood chopped and water hauled, the beginning of a work ethic that would be with him all his life.

He graduated from Edgar High School in 1948 then soon after enlisted in the Army. He trained with 101st Airborne at Fort Benning, Georgia. Then later when sent to Camp Roberts, California he served as a Drill Sergeant. It was there he worked with a trainer and tried his luck at boxing.
After returning to Montana, his skill with horses led him to travel the rodeo circuit in saddle bronc competition.

He was a rancher, eventually putting together a nice bunch of red angus cattle. But when time permitted, he enjoyed hunting, hiking, skiing and snowmobiling. Occasionally Bill would break into an old cowboy song and enjoyed playing the harmonica.
Bill was talented and able to fix/repair nearly anything. No matter the challenge at renovations, he was up to the task. In the early 90’s he worked to help restore an old dude ranch up the Main Boulder for Brooke Shields.

He helped build his log home and guest house on the West Boulder. This property was sold to Whoopi Goldberg. Always a great sense of humor, he used to joke that his wife was away on a trip and “I got tired of cooking and cleaning, so I just sold her house”. Then he and a good friend, Sam McDowell, built a log home and workshop on Mission Creek, near Livingston.

Realizing his desire to work with logs, he began to make log furniture. This included beds, tables, chairs, loveseats, railings and outdoor furniture. Many family members enjoyed the fruits of his labor. Bill was a true perfectionist, and some say nobody could build a better set of corrals than he could.

Through the years Bill had many true friendships. He was a great storyteller; it was fun to sit and listen to his colorful tales of the past. But probably his best friend was Hobo, his red border collie.

Cremation has taken place and a service will be held later to return Bill to the mountains in Montana he so loved.

GO REST HIGH ON THAT MOUNTAIN, BILL YOUR WORK ON EARTH IS DONE.
Read Less

Print
Private services, Bill will be returned to the Montana mountains he loved.

Posted Mar 25, 2020 at 10:08pm
Condolences to Becky and the family. I only got to see Bill twice so it's odd to think of him as my brother-in-law, but I am very glad I got to meet him. Thinking of all of you during this difficult time.
Comment Share
Share via: 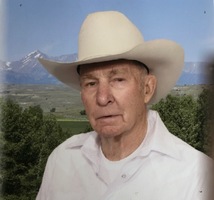