To share your memory on the wall of Carl Rebich, sign in using one of the following options:

Print
Carl Martin Rebich peacefully passed away at the age of 90 on March 9, 2020, while sitting in his recliner watching TV.
Carl was born to Michael Rebich, Jr. and Catherine Gregovich Rebich on November 11, 1929, in Butte, America. The family grew... Read More
Carl Martin Rebich peacefully passed away at the age of 90 on March 9, 2020, while sitting in his recliner watching TV.
Carl was born to Michael Rebich, Jr. and Catherine Gregovich Rebich on November 11, 1929, in Butte, America. The family grew over the next 6 years to include his sister Florence and brother Elmer. The children were raised on the family ranch in the Beaverhead Valley near Dillon, MT. Carl went to school at a one-room school near the ranch. He told his kids that he was the smartest student in his grade and we soon figured out he was the only student in that grade.
Tough times came for his family when his Dad passed away in a car accident, and 2 years later, his Mom passed away from medical complications. Carl became an orphan at 12 years of age. He and his siblings moved to Butte to live with their maternal grandparents. He graduated from Butte High in 1947. He wanted to be an engineer but could only afford one year at Montana State University, so he returned to Butte.
Carl worked in the mines both underground and as a carpenter. During this time, he met his future bride, Pauline Sullivan, on a blind date at a hayride to the “Reservoir.” They were married on June 14, 1952. This dynamic duo added 6 children to their family. Carl used his carpentry skills to build a house on Thomas Street in Butte for his growing family.
Changing career paths, he went to work for GAB as an insurance adjuster. He was promoted to manager of the Missoula office and moved his family there in 1963. After 20 years with GAB Carl went to work as a commercial insurance salesman with Larry Larson and Associates, which later became Western State Insurance. He retired from Western States in 2002 at the age of 72.
Family was very important to Carl and Pauline. They pinched pennies to give their kids opportunities that they themselves never had, such as piano lessons, Scouts, sports, snow and water skiing. A place at Flathead Lake provided many fun summers of boating and water skiing. When Carl wasn’t pulling skiers, he could be found playing horseshoes or barbequing for the frequent guests they hosted. Road trips with Carl at the wheel were always an adventure. Experiences included exploring Yellowstone Park, Disneyland, the Grand Canyon, and our first professional baseball game.
Carl and Pauline were huge “Griz” football fans. They even followed the team to Japan and to a national championship game. They also had season tickets for Lady Griz basketball. Carl recently watched the Lady Griz-Cat game with great enthusiasm! He was a Century Club member and proud supporter of the U of M.
Carl and Pauline were also world travelers. They visited their respective ancestral homelands of Yugoslavia and Ireland. Other trips included England, Hong Kong, Australia and New Zealand, as well as many trips to Hawaii.
Pauline and Carl’s 52-year marriage was an inspiration to their children and many others. Sadly, Pauline passed away in 2003 at the age of 72. His children were proud that Carl continued an active life and also learned how to use the washing machine!
Missoula Aging Services selected Carl as one of the 2010 Missoula Seniors of the Year. He was very active in St. Anthony Parish during his 52 years in Missoula. He volunteered for the American Red Cross and organized parish blood drives. Over many years, he donated 262 units/32 gallons of blood/platelets.
Carl moved to Big Sky Senior Living in Butte in April of 2015. In the fall of 2018, he moved to Billings to be closer to his daughters. He resided at Liggett Cottage on the St. John’s United campus.
He was preceded in death by his wife Pauline, his son Michael, his parents, sister and brother-in-law Florence and Patrick Quinn, and brother and sister-in-law, Elmer and Irene Rebich. He was also preceded in death by Pauline’s parents, Patrick and Lillian Sullivan, and her siblings Mike and Ray Sullivan and Barbara Teixeira. In 2015 he lost his companion of 8 years, Louetta Kearney.
He is survived by daughter Kathy Munson (David) of Red Lodge, granddaughters, Courtney (Sean), Rachel (Corey) and grandson Adam (Katie); daughter Barb Jette (Jerry) of Billings, grandsons Ryan and Brett; son Pat Rebich (Anita) of Atascadero, CA; daughter Sheila Seifert of Red Lodge; son Marty Rebich (Phanh) of Hillsboro, OR and granddaughters Olivia and Breanna. He also has 7 great-grandchildren. Additionally, he is survived by numerous cousins, nieces and nephews and their families, sister-in-law Dee Sullivan and brother-in-law, Lou (Hazel) Sullivan.
The family wishes to extend thanks to Big Sky Senior Living in Butte, you were all so kind to Carl. We are also extremely grateful to the staff of Liggett Cottage for your compassionate, loving care of Carl. You became a part of our family.
A Celebration of Life for Carl will occur this summer in Missoula at St. Anthony Church. (Date to be determined.)
Please consider donating a pint of blood in Carl’s name and then toasting his life. If you wish, memorials may be made to St. Anthony’s Church, St. John’s Foundation in Billings, MT or a charity of your choice.
Read Less

There are no events scheduled. You can still show your support by sending flowers directly to the family, or planting a memorial tree in memory of Carl Martin Rebich.
Plant a Tree

We encourage you to share your most beloved memories of Carl here, so that the family and other loved ones can always see it. You can upload cherished photographs, or share your favorite stories, and can even comment on those shared by others.

Plant a Tree in Memory of Carl
Plant a tree 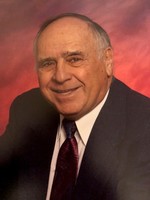 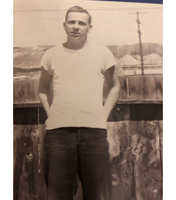 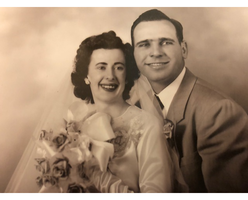 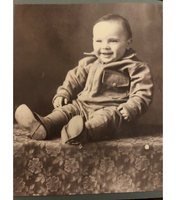