To share your memory on the wall of William Madill, sign in using one of the following options:

William was born on the family farm near Rosefield, Saskatchewan Canada on April 13, 1936 to Cecelia and... Read More
William 'Bill' F. Madill

William was born on the family farm near Rosefield, Saskatchewan Canada on April 13, 1936 to Cecelia and Alik Madill. He was the 9th of 13 children. After beginning grade school in Rosefield, Bill immigrated with his family to a farm outside of Silesia Montana in 1946, where he finished grade school. Of the nine in the Edgar High School graduating class of 1955, he was the only boy. Bill joined the US Army in 1958 serving 2 years active duty, including some in France, then 4 years reserve duty. He later worked for Nu-Tread Tires, Yellowstone County Implement (John Deere), Salt Creek Freight-ways, and Sweetheart Bakery.

Bill loved his family very much. He enjoyed the company of his cat Ben, gardening, fishing, and traveling. Bill was an honest, hardworking, intelligent, and mechanically inclined man who could fix almost anything. He was also very proud of his 41 years of sobriety.

Memorials may be sent to Stillwater Hospice at 3737 Grand Avenue Billings, MT 59102 or the charity of your choice.
Read Less

To plant a memorial tree in honor of William Madill, please visit our Heartfelt Sympathies Store.

Posted Mar 19, 2020 at 01:00pm
We are sending our prayers for peace and strength through this difficult time. We love you and pray for God to give
you rest and peace in your heart. Our loving thoughts go out to you and your family. Take joy in all your precious
memories together and comfort in knowing Bill is now at rest. We love you. 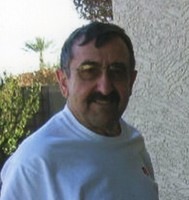