To share your memory on the wall of Diane Vee, sign in using one of the following options:

Diane was born on October 17, 1946 to Melvin and Selma Moench. She grew up on the family farm with two brothers and a sister. Graduating from Edgeley High School s... Read More
Diane Kay (Moench) Vee passed away on March 5, 2020 at the age of 73.

Diane was born on October 17, 1946 to Melvin and Selma Moench. She grew up on the family farm with two brothers and a sister. Graduating from Edgeley High School she attended business school in Fargo, North Dakota and worked as an admissions officer for Concordia College in Moorhead, Minnesota.

On March 4, 1967 she married the love of her life Douglas Vee. They moved to Billings shortly thereafter and was employed by Tractor and Equipment until her retirement in 2014.

Diane is survived by her husband Douglas, two brothers (James and Russell), one sister (Peggy), many nieces and nephews, and a multitude of friends.

The family requests that in lieu of flowers, memorial gifts be made to Riverstone Health Hospice Services of Billings.

Condolences for the family may be shared at www.smithfuneralchapels.com.
Read Less

We encourage you to share your most beloved memories of Diane here, so that the family and other loved ones can always see it. You can upload cherished photographs, or share your favorite stories, and can even comment on those shared by others.

I am a direct Mandate to a genuinely renowned Investment Finance Company offering Cash & Asset Backed Financial Instruments on Lease and Sale at the best rates and with the most feasible procedures.

Instruments offered can be put in all forms of trade and can be monetized or discounted for direct funding. For Inquiry contact.

Posted Jun 16, 2020 at 10:45am
I had credit scores of 568(transunion) 574(Equifax), I applied for a surgery loan a while ago which was not approved because my score was low. I contacted my loan officer and she let me know i needed a score of 730-760 to get approved (considered by FICO as Good) and I was in desperate need to get my score up because i had to do the surgery at that time. I saw some wonderful recommendations of this credit repair expert: CLEVER HACKER ,He raised my scores to 787 thought that was enough but he also removed my repo and negatives. you can also contact him if you need such services,
Email:CLEVERHACKER.HACK@GMAIL.COM
Phone : (803)814-5462
Comment Share
Share via:
GS

Posted May 17, 2020 at 09:45pm
I was able to get evidence of my cheating spouse through the services of NERDORACLE247@GMAIL.COM i got a detailed information about his secret dating, call logs, WhatsApp, Instagram, texts and others and he hacked it without physical access of his phone. you can contact him too he also helped two other people i know.
Comment Share
Share via:
AH

Posted May 17, 2020 at 09:43pm
I needed a home loan but could'nt secure it cause of my low score, I consulted Lexington for 8 months but the pace of my progress was slow. I made a research online and stumbled on CLEVERHACKER.HACK@GMAIL.COM, I sent him a mail and he got to work. In a couple days my was score was raised to 793 from 644 and my negatives cleared, you can also text him (781)816-9462
Comment Share
Share via:
JS 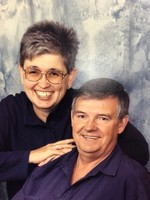