To share your memory on the wall of Bob Davenport, sign in using one of the following options:

Bob joined the Marine Corp in 1946 and he proudly served his country. During his years of service, he served multiple tours that included time in the Korean War and Vietnam War. Bob was a decorated soldier earning several medals including the Purple Heart. During his time in the service in California, he met Arlene Grabski, his best friend and love of his life. Bob married Arlene on November 29, 1967. Bob retired from the Marine Corp in 1975. Bob and Arlene then moved to Billings where he pursued a second career with City of Billings. Bob did maintenance at the airport and then he worked at the Wastewater Treatment Plant as an Operator. He retired after nineteen years with the city. Bob enjoyed drives in the country, spending time in the outdoors, wildlife and had a love for dogs, especially miniature dachshunds. Bob was a great friend to all and enjoyed talking and sharing stories of his life.

Bob was preceded in death by his wife Arlene J. Davenport, his parents and two brothers. He is survived by his brothers, Phil Davenport of Texas and Ron Davenport of Kansas.

Funeral Services will be held on Saturday, February 22, 2020 at 10:00 AM at the Trinity Baptist Church located at 1145 Nutter Blvd. Private interment to Follow at Yellowstone National Cemetery.
Read Less

We encourage you to share your most beloved memories of Bob here, so that the family and other loved ones can always see it. You can upload cherished photographs, or share your favorite stories, and can even comment on those shared by others.

Plant a Tree in Memory of Bob
Plant a tree 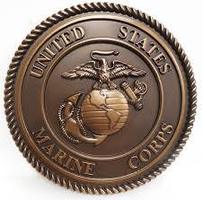