To share your memory on the wall of Patricia Andersen-Killin, sign in using one of the following options:

Provide comfort for the family of Patricia Andersen-Killin with a meaningful gesture of sympathy.

Our mom, Patricia Lou Andersen, was born in Kearney,Nebraska on February 6, 1930. She came from a strong Danish background found in her parents Niels Christian and Edna Florence Andersen. In 1935 her family moved to Cody, Wyoming where her parents lived until their death.

After her marriage to Donald Killin in Cody on August 14, 1952, the couple moved to San Anselmo, California where Pat taught in the public school system while her husband worked toward his Degree in Theology at the Presbyterian Seminary in San Anselmo.

Their first child, Cathy Sue, was born in San Anselmo after which they returned to serve churches in Nebraska for seven years. During those years, two daughters, Carol Jane and Julie Kay, were born. In 1961, Don was called as Dean of Students to a Presbyterian related college in Tarkio, Missouri. Pat became very busy in that community where she served as the sponsor for a local sorority, taught junior high school, and took a leadership role in community musical projects.

In 1968, the family moved to Green River, Wyoming where Don served as Dean of Students for Western Wyoming Community College. Pat continued her work as an accompanist, church organist, and high school substitute.

After the death of Cathy in 1972 in a highway accident, the family moved to Billings where Pat resided until her death, except for a five year period spent in Hysham where Don served as the stated supply minister in the local Presbyterian Church as well as the Congregational Church in Custer.

Mom’s greatest joys lay in her teaching and her musical activities. She was a 50 year member of PEO and a member of Phi Theta Honor Society. At her death, she was a member of both the First Presbyterian Church as well as Mayflower Congregational Church in Billings. She led a happy full life which included continuing her love of teaching by working with children at the local Sylvan Learning Center with her dear friend, Julie Gates.

Mom was an avid reader of nonfiction, a phenomenal pianist, a lover of all animals (except snakes), and she held the distinguished honorary badge from the “Grammar Police”.

Patricia is preceded in death by her parents, Neils and Edna, her stepmother Edith, her daughter, Cathy Sue, and her loving husband, Donald.

We invite you to celebrate mom’s life at the First Presbyterian Church (2420 13th St W.), Saturday, February 22nd, at 2PM. In lieu of flowers, please consider donating to any animal rescue group of your choice.
Read Less

Posted Feb 19, 2020 at 02:58pm
Dear Killin Family, our sincere condolences in the loss of your mother and our friend, Pat. She is forever in our hearts and memories from her and Don’s time in Hysham. Their obvious love of the Lord, their true love of people, and their fun-loving personalities will always be remembered. They are forever missed. We were blessed to have them with us those 5 years. Joan and Bill Cunningham and Gail Kolb
Comment Share
Share via:
KK

Posted Feb 15, 2020 at 08:50pm
Sweet Family. Know that you are loved deeply. You have a wonderful momma, who rests easy now. She sits on your shoulders and is present in your every breath. Carry on the good work in her honor. Love, Kris Keup-Barker
Comment Share
Share via:
MH

Posted Feb 14, 2020 at 06:29pm
I will always remember your mother and grandmother with great affection. She had a great smile, twinkle in her eyes and a contagious laugh. I feel blessed to have known her and her special daughters Carol and Julie not to mention those awesome grandchildren Tesa and Cam!
Our thoughts and prayers are with you,
Mary and Rich Helgeson and family 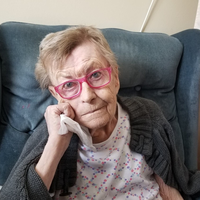 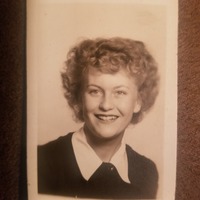 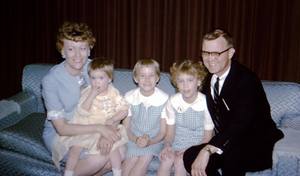 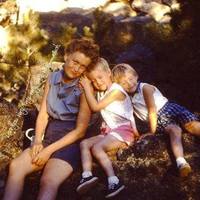