To share your memory on the wall of Joyce Stimpson, sign in using one of the following options:

Provide comfort for the family of Joyce Stimpson with a meaningful gesture of sympathy.

Joyce loved the ranch and was very grateful for the opportunity to work and raise the family on it. Buzz and Joyce purchased the bordering Linder place in 1979, now named Stimpson Inc, 12 miles west of Rapelje. Together Buzz and Joyce conquered a world starting with nothing and building an empire that even their great grandkids love and enjoy. Family was very important to

Joyce; she was the Matriarch always worrying about her family. She never raised her voice, but she was honest and upfront, her soft touch cured many aches, pains and hurts. The care she showed to others and her hard work started at an early age. She had her first job outside the home in 7th grade when she was a nanny for Pete and Virginia McKay of Roscoe. She continued to work there until graduating. Joyce was a Master Chef, no one ever left her table hungry or disappointed, she loved sharing her recipes along with helpful hints. Joyce had an amazing green thumb; house plants, outdoor flowers, vegetable gardens it didn’t matter they all flourished under her care. Joyce was task driven, she did whatever it took to care and provide for her family. Canning, raising chickens, helping gather cattle, providing meals, keeping the records, driving feed truck, supporting kids and grandkids in 4-H projects, never missing a county fair, traveling many miles to support family activities and birthdays were all just part of who Joyce was. She was a strong willed, kind-hearted wife, mother, grandmother and great-grandmother for which we will miss but feel very blessed and proud to call ours.

She was proceeded in death by her parents Carl and Firmus Ostrum, her beloved son Kurt, her brothers Donny and Raymond Ostrum.

Funeral services for Joyce will be held at 1:00 p.m. on Monday, February 17, 2020 at the Smith Columbus Chapel, 35 Diamond Street. Private interment will take place in Rapelje. Condolences for the family may be shared at www.smithfuneralchapels.com.
Read Less

We encourage you to share your most beloved memories of Joyce here, so that the family and other loved ones can always see it. You can upload cherished photographs, or share your favorite stories, and can even comment on those shared by others.

Misty Ostrum and the boys

Posted Feb 14, 2020 at 01:26pm
Dear Buzzy and family
I'm sorry to read of your loss of Joyce,
Joyce was always so kind and friendly to me and my mother Jean Fiveland. I know you all will miss her so much but the memories
that you cherish will keep you together.
In friendship, Marilyn Weast
Comment Share
Share via: 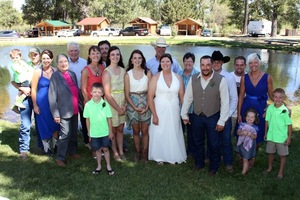