To share your memory on the wall of Margaret Gose, sign in using one of the following options:

Margaret Ann Hastey was born October 1, 1931 at Ft Sam Houston, in San Antonio, Texas. She was the second child of Colonel Thomas Watson Hastey and Margaret McGee Hastey. Marty always described herself as an “Army Brat” and when she was 3 years old, her family moved to the Philippines, where her father was stationed for over 2 years. Prior to and throughout the war, she and her mother moved about living in Austin, San Antonio, Atlanta, Washington, DC and St. Louis.

Marty attended Incarnate Word High School in San Antonio, and UT in Austin where she met and in 1950, married Stephen Mathus Gose. They lived in Wichita Falls, Texas and raised their family of three – Matt, Tom, and Martha. The children all attended Crockett Elementary, Zundelowitz Junior High and graduated from Wichita Falls High School.

Marty’s father and brother played polo and they brought this sport with them to Wichita Falls.
In 1978 Marty and Steve moved to San Antonio to build the Retama Polo Center. Marty’s influence was greatly felt there. She worked with well known architect Roger Rasbach, to build the beautiful buildings at Retama. This extraordinary home was one of three she was to build, each one reflecting their open and inviting personalities.

In 1996, Marty and Steve moved from San Antonio to what would become the Sanctuary Ranch near Roberts, Montana. Marty and Steve were blessed to live out their days in this special place, where their children, grandchildren and great grandchildren gathered to enjoy great fishing, hunting, skiing and riding for more than 30 years.

Marty is preceded in heaven by Steve, her beloved husband of 69 years, her brother Tommy Hastey and granddaughter Caroline Elizabeth Gose.

In lieu of flowers, donations can be made in Marty’s name to the St. Vincent Healthcare Foundation, 1106 N. 30th St., Billings, MT 59101. Marty’s family is forever grateful for the extraordinary care and love the St. Vincent nurses and doctors showed during her lifetime.
Read Less

We encourage you to share your most beloved memories of Margaret here, so that the family and other loved ones can always see it. You can upload cherished photographs, or share your favorite stories, and can even comment on those shared by others. 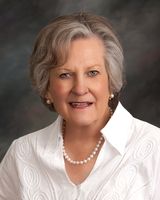