To share your memory on the wall of Brunhilde Good, sign in using one of the following options:

Provide comfort for the family of Brunhilde Good with a meaningful gesture of sympathy.

Bonnie Good died peacefully surrounded by family and loved ones on January 27, 2020 at the
age of 90. Bonnie was born in Dinslaken, Germany, on March 6, 1929. As a young girl in
Germany during and after World War II, she suffered through many difficult times and was
separated from her family for long periods. Despite the chaos and destruction of her
childhood, Bonnie was a survivor who never gave up and kept a positive outlook on life despite
her struggles.

After the war, Bonnie settled in Heidelberg, Germany, where she met Duane Good, a
serviceman in the United States Army who went on to become a Command Sergeant Major.
They were married in Heidelberg in 1955 and returned to live in Duane’s home town of
Philipsburg, Pennsylvania. Bonnie cared for her three children while Duane served in Korea and
two tours in Vietnam. As a military family, they also had the opportunity to live abroad in Japan
and Iran. When Duane retired from the military, the family settled once again Philipsburg.
After 34 years of marriage, Bonnie’s husband was taken from her unexpectedly when he died of
a heart attack in 1989 at the age of 57.

Eventually Bonnie moved to Mesa, Arizona, to be closer to her sister and daughters. She spent
many happy years there and became part of a lively group of friends who attended regular jam
sessions with live music and dancing, one of Bonnie’s favorite activities. She eventually settled
in Carmel, California, where she adopted Mugsy, a senior rescue dog. Mugsy became Bonnie’s
devoted companion and never left her side. Bonnie and Mugsy were a perfect pair who always
put a smile on everyone’s face.

Bonnie was an avid gardener and worked in her backyard garden almost every day. She
frequently adopted dead plants that others had discarded and nursed them back to life. She
could always make a neglected plant thrive. She also loved to make her famous German
cheesecake, which was the showpiece of every holiday dinner and family get-together. She
shared her love of German food, music, and culture, and she was able to return to Germany for
her 80th birthday. Just last year, Bonnie’s family and friends gathered in Carmel to celebrate
her 90th birthday.

Bonnie will be remembered for her friendly smile, positive outlook, love of family, and ability to
bring people together. She always lived on her own terms, living independently in her home
until just a few months before her death. Bonnie is survived by one brother, Wolfgang
Hoffmann of Langenfeld, Germany; two daughters, Brenda Lelevier of Red Lodge, Montana, and
Cindy Haney of Philipsburg, Pennsylvania; a son and daughter-in-law, Duane and Wendy Good
of Pacific Grove, California; seven grandchildren, and four great grandchildren. A family service
will be held. Donations may be made in Bonnie’s memory to Peace of Mind Dog Rescue, P.O.
Box 51554, Pacific Grove, CA, 93950.

We encourage you to share your most beloved memories of Brunhilde here, so that the family and other loved ones can always see it. You can upload cherished photographs, or share your favorite stories, and can even comment on those shared by others.

Posted Jan 30, 2020 at 05:29pm
At this sorrowful period in your life, please accept my sincerest condolences for the death of your loved one.  Reflecting on the divine promises found in the Bible will give you hope and strength to keep going until all of God's promises are fulfilled. (Romans 15:13; John 5:28, 29).
Comment Share
Share via: 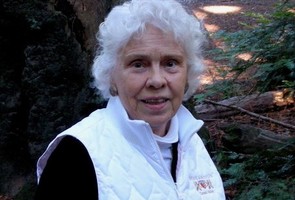 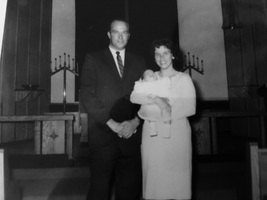 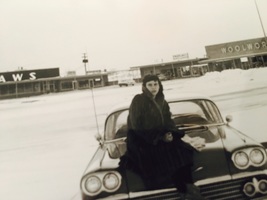 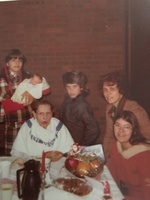