To share your memory on the wall of Ira Vinson, sign in using one of the following options:

In 1974 the family relocated to New Mexico where he attended high school and joined the United States Air Force in September 1978; he served with the 833 Security Police Squad (TAC) as a Security Specialist stationed at Holliman Air Force Base, Alamogordo, New Mexico serving in foreign service in Saudi Arabia. After an honorable discharge he relocated in Sierra Vista, Arizona worked numerous jobs ultimately moving back to Bisbee to help with his Father’s business. In 1988 he relocated to Red Lodge with his family and immersed himself with hunting and fishing which was a true heart passion. Locally, he worked at Red Lodge Mountain Ski Resort and Race Camp until an accident forced a 5 year recuperation. Starting back to work as a general contractor with his business Mud Master Drywall. In 2011 his previous injury led to his full disability.

Ira held several positions and served on the board of directors for the Mountain Springs Villa Association where he resided. The family will hold a celebration of life for this loving father on Monday, February 3, 2020 @ 4:00 PM; at Smith Olcott Funeral Chapel, 201 N Broadway, Red Lodge, MT 59068.
Read Less

We encourage you to share your most beloved memories of Ira here, so that the family and other loved ones can always see it. You can upload cherished photographs, or share your favorite stories, and can even comment on those shared by others.

Posted Feb 03, 2020 at 11:27am
I couldn't ask for a better brother. Your absence will change my life. I will miss our calls and conversations, hearing your voice and our many many enjoyable memories and tales of yesteryear of hunting trips, our kids; their trials and tribulations and weather updates in your world. I have no idea what is to come, albeit I miss miss the heck out of you. Free of the pains of this world; rest easy in the Lords hands as you rejoice once again in our heavenly family. I will keep constant vigil on your treasures, your loving youngsters. Rest in Peace bro until we meet again. I love you with all my heart.
Comment Share
Share via:
VW

Posted Feb 02, 2020 at 01:39pm
“But the God of all grace, who hath called us unto His eternal glory by Christ Jesus, after that ye have suffered a while, make you perfect, stablish, strengthen, settle you.” 1 Peter 5:10

Gentle, loving eyes of blue, heart of gold now gone. My heart is broken, but my spirit rejoices. Your suffering has been for so long. As He promised, now, no more broken body, broken spirit, no more pain, suffering and no more tears. For you are in the arms of our beloved Savior. This I know for sure.

I will miss you more than I could ever tell, but I know this is for but a little while and we will be together again in praise of our merciful God. I love you Bubba!!! 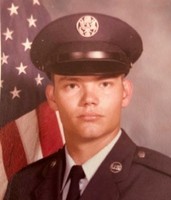 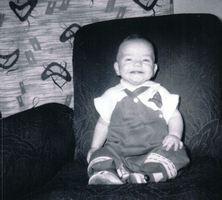