To share your memory on the wall of Eleanor Alt, sign in using one of the following options:

Provide comfort for the family of Eleanor Alt with a meaningful gesture of sympathy.

Adolph and Eleanor lived in Roundup, Montana where she was very active in 4H leadership and in the ladies’ group at St. Paul Lutheran Church. In 1965 they purchased a ranch in Joliet, Montana. She continued to be active in St. John Lutheran Church in Laurel and was a bus driver for the Joliet School District. She had a beautiful yard and garden and was active in the Joliet Garden Club and the Montana Cowbelle Association.

She is survived by her children: Earl (Cheri) Alt of Joliet, Betty (Merle) Barnett of Kamiah, Idaho, and David (Helen) Alt of Vancouver, Washington, her 10 grandchildren and 16 great grandchildren. She is also survived by four sisters: Mildred Deichert of Billings, Edna Lindstrom of Spokane Valley, Washington, Pat Maxwell of Bozeman, and Carlene Wittmer of West Yellowstone, and numerous nieces and nephews.

A graveside service will begin at 10:00 a.m. on Monday, February 3, 2020 at the Rockvale Cemetery near Joliet. A memorial service will follow at St. John Lutheran Church in Laurel at 11:30 a.m.

Condolences for the family may be shared at smithfuneralchapels.com.

In lieu of flowers donations may be made to the Joliet ambulance and/or fire departments.
Read Less

We encourage you to share your most beloved memories of Eleanor here, so that the family and other loved ones can always see it. You can upload cherished photographs, or share your favorite stories, and can even comment on those shared by others.

Plant a Tree in Memory of Eleanor
Plant a tree 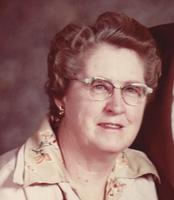