To share your memory on the wall of Patricia Bruggeman, sign in using one of the following options:

Provide comfort for the family of Patricia Bruggeman with a meaningful gesture of sympathy.

Print
The Lord welcomed his daughter Patricia into his embrace on Friday, January 24th. Heaven is rejoicing with the addition of this angel who brought joy to all who knew her. Our beloved mother, wife, grandmother, and great grandmother Patricia (Pat, Pat... Read More
The Lord welcomed his daughter Patricia into his embrace on Friday, January 24th. Heaven is rejoicing with the addition of this angel who brought joy to all who knew her. Our beloved mother, wife, grandmother, and great grandmother Patricia (Pat, Patty) Ann Bruggeman passed away peacefully surrounded by her family. Pat was born in Scobey, Mt on August 2, 1929, the second child and only daughter of four children to parents Franklin Houston Smith and Margaret (Hensel) Smith.
Franklin’s job with the Federal Government moved the family to many towns. From birth through Junior High, Pat lived in Scobey, Busby and Fort Belknap, Montana and Fort Washakie, Wyoming. Growing up in rural communities, Pat had a difficult daily schedule. In addition to school, she had to walk over a mile with her bucket to milk the cow and shuck peas. Pat could also “hold her own” when dealing with her brothers. She was very proud that she was the “spitting distance” champion of the family in her grade school years. Pat’s caring for others was evident at an early age as she was the protector and helper for her baby brother Dean.
The family moved to Crow Agency where Pat graduated from Hardin High School in 1948. After graduation the family moved to Wolf Point. Pat then attended MSU in Bozeman studying Nursing. While home for Christmas break, Pat met her future life-long partner, Donn Bruggeman in 1950 at a News Year’s Eve party. In 1951, Donn was drafted into the Army and going to Korea. Donn asked Pat to wait and stay committed to him until his return. Pat knew Donn was the love of her life and agreed to wait. She wrote letters every day to Donn for almost two years during his service. Pat continued her Nursing studies and was very active in her sorority Pi Beta Phi in which she met many life-long friends. Pat graduated with a Nursing degree and moved to Billings where she was a Nursing Instructor at the Deaconess Billings Clinic for the MSU School of Nursing.
Shortly after returning from Korea, Donn followed Pat to Billings and started working at the Exxon refinery. Donn and Pat were married in Billings in 1954. They had two children, son Steve and daughter Tracy. Pat left her teaching job to devote herself to raising her family. Although not working, Pat remained active in the nursing circles attending many meetings and luncheons. Pat enjoyed reading and was a regular player in several bridge clubs. She was also active with her church family at St. Stephens and her Pi Phi and nursing friends, but her family was her greatest joy and treasure. Pat was a caring, positive, and nurturing person who put family and the needs of others before her own.
Pat and Donn hosted many family gatherings. Pat did all the cooking and with Donn’s assistance organized many Christmases where they housed twenty plus family members for several days in a small house with one bathroom. To this day, the family is still amazed at this feat.
Pat’s positive attitude was always on display as she dealt with several medical and health issues during the last few years. Pat never complained and always said she was doing fine no matter the situation. Pat was very outgoing and had a great sense of humor. She would always joke with the doctors, nurses, and aides. As they were examining her and asking her questions, she would say, “I think my prostate is the problem so you might want to check that out.” It always got a good laugh from everyone and lightened the mood.
Pat and Donn did everything together for sixty-six years with Donn being an amazing and committed caregiver the last few years. The family would like to thank all her doctors and nurses at the Billings Clinic and the staff at Riverstone Hospice for their wonderful care.
Preceding Pat in death were her parents Franklin and Margaret Smith, brothers Richard Smith, Robert Smith, and Dean Smith. She is survived by her husband Donn, son Steve (Kelly), daughter Tracy DeFrank (Kevin), granddaughter Sarah Bruggeman, grandson Matthew Bruggeman (Shayne) and great granddaughter Tenley, sisters in laws Jessica Smith and Sharongae Smith along with many nieces and nephews.
Services will be held at St. Stephens Episcopal Church, 1241 Crawford Dr, Billings, Mt 59102 on Wednesday, January 29th at 2pm. Memorials may be sent to St. Stephens or the charity of choice. Cremation has taken place and the ashes will be interred in the columbarium at St. Stephens.
Read Less

Posted Jan 29, 2020 at 03:59pm
Donn, our heartfelt condolences go out to you and your family. We will greatly miss Patty, she was truly a kind person with a heart of gold. Patty will be waiting for us all someday with her beautiful smile and will be welcoming us with open arms.
Jimmy and Donna Cloud
Comment Share
Share via:
JL

Posted Jan 28, 2020 at 06:37pm
Steve and Kelly, my thoughts and prayers are with you and your family during the loss of your mom
Comment Share
Share via:
S

Thank you so much Jayne. Your thoughts and prayers are very much appreciated.
AD

Thanks Andrea. It’s so nice to hear from you. The family is so appreciative of your thoughts.
HS

Posted Jan 26, 2020 at 02:30pm
With love and respect from Karl and Penny Durant. Thanks for the wonderful memories!

Thank you Penny and Karl. Mom treasured you both as dear friends and the family is so happy to hear from you. 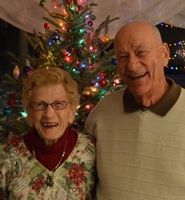