To share your memory on the wall of Carl Ward, sign in using one of the following options:

Provide comfort for the family of Carl Ward with a meaningful gesture of sympathy.

Print
Final words from Carl W. Ward, to his family:

"Keep the sunny side up, and the dirty side down."

We encourage you to share your most beloved memories of Carl here, so that the family and other loved ones can always see it. You can upload cherished photographs, or share your favorite stories, and can even comment on those shared by others.

Posted Jan 19, 2020 at 04:12pm
To me CW will always be "Commander Freddie", my twin brother separated by three years. We both served in the Army, then after Vietnam he jumped ship and joined the Navy (spent 12 years on the seven seas, observing civilizations, countries, and cultures. He has been around the world three times, met all types of people and had a heart for the commoners and "down and outers." His passion was having a good time, and he lived in the moment rather than the past, or the feared ominous unknown future.

He was a true renaissance man, a diesel truck mechanic an 18-wheeler trucker, and an automotive mechanic, a dominoes-playing, life-analyzing arm chair uncle. He always gave the benefit of the doubt, looking for some virtue or talent in every person, family, friend, stranger, it made no difference. It is from him that I developed my own philosophy of "share the wealth" which IS NOT money, but the experiences, skills, talents, and wisdom that each of us in humanity possesses.

Freddie had his stomping grounds firmly established in Alaska, the state of Washington, Colorado, North Dakota, Colorado, and Montana. I called him "Desperado" after the song by the Eagles, because he was a true rambling man, never could settle down, you'll never find a man more dedicated to the life of freedom and adventure, more patriotic and tough as forged nails. He was acclimated to the bitterest cold; his training with the Special Forces never left him. Till his dying day he could survive when most mountain men and wanna be tough guys would pack it all in and head back to the easy life of civilization. He was a peaceful man, darn near a pacifist if you didn't know him better. Uncle Freddie understood that today's enemies are tomorrow's allies. He just wanted to live in peace and felt everyone should. He avoided trauma like the plague. I think the world could learn a lesson from that philosophy. So I lift my glass and toast my combatant in arms, my fellow trucker, my friend, my mentor, my teacher, my hero, my brother.
"I will see you my brother on the other side." -Lieutenant/Chaplain Nathan D. Adams
Comment Share
Share via: 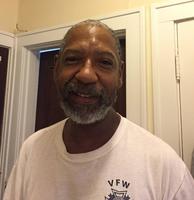