To share your memory on the wall of Mikel Peterson, sign in using one of the following options:

Provide comfort for the family of Mikel Peterson with a meaningful gesture of sympathy.

Mikel was joyfully greeted by his parents Bill and Sue ,and by big Sister Stacie on June 10th, 1984 in Worland Wyoming.
Ev... Read More
Mikel L Peterson , age 35 , was tragically killed in a plane crash on January 11, 2020 near Roundup Montana

Mikel was joyfully greeted by his parents Bill and Sue ,and by big Sister Stacie on June 10th, 1984 in Worland Wyoming.
Even though his big sister insisted on a baby sister, we told her "sorry we are keeping him!"

For the first 6 years of Mikel's life he grew up in Lake Elsinore California. Then his family moved to Billings Montana where he attended Burlington Elementary School , Will James Middle School and then graduating from Billings West High School in 2002.

After Graduation Mikel moved to Georgia to be closer to his dad, and then off to Florida Mikel went. He made a few moves back and forth before eventually coming home to his mom in Miles City, MT.
Shortly after arriving in Miles City , Mikel proudly enlisted in the Montana National Guard. Very soon after enlisting he was deployed to aide in the devastation with hurricane Katrina.

Mikel loved the field of construction and concrete which he chose as his occupation. He especially loved setting forms and doing concrete, he took great pride in his work. Mikel though was good at just about anything he set his mind to. Whether it be at work or helping someone build or remodel something. Mikel got so excited when he would find junk bikes, he was always more then willing and on more then one occasion restore them for a friend in need of transportation or fun excursion

Anyone who knew Mikel knew that his biggest passion, his pride and joy was his 1966 Chevy pickup. Which was a constant work in progress and a lot of times at his mothers expense. When most people were taking selfies or random food pics Mikel would be taking his truck up to the rims to get the "perfect shot" at different angles!

Growing up Mikel always had a on-call fishing buddy. His Uncle Jim. Mikel really enjoyed the times they spent together, whether is be fishing or Mikel sinking Uncle Jims 4-Wheeler in the creek, because Mikel swore it was only knee deep!

Mikel made a friend in everyone he met. So many of them have expressed that what they will forever remember about Mikel was his willingness to help with anything and always smiling. His laugh which was normally followed by a comical response or sarcastic comment to lift someone's spirits.

As his mother I will forever remember his beautiful smile, I will miss all of his hugs and will forever yearn to hear I love you Mom from my boys voice again. I will miss you forever my handsome boy!

Mikel was preceded in death by his dad William L Peterson and his grandpa Leslie Alexander.

Mikel leaves behind a broken hearted mother Sue Pruitt, his wonderful stepdad Mike Pruitt, his sister Stacie Peterson and her 2 boys Hunter and Trysten, his grandma Colleen Alexander, Uncle James Alexander, numerous cousins and too many close friends in numbers to mention.

The family would like to thank from the bottom of their hearts the billings community , numerous close friends and family members who helped with the fundraiser to make Mikels last wish a reality.

Interment Immediately to follow the service. You are welcome to join the family at Laurel Cemetery.
Read Less

We encourage you to share your most beloved memories of Mikel here, so that the family and other loved ones can always see it. You can upload cherished photographs, or share your favorite stories, and can even comment on those shared by others.

Plant a Tree in Memory of Mikel
Plant a tree 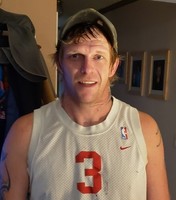 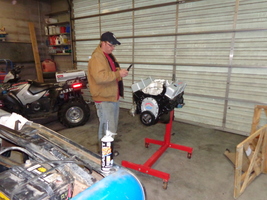 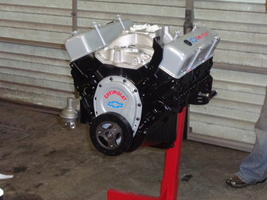 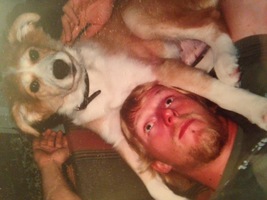