To share your memory on the wall of Scott Novasio, sign in using one of the following options:

Provide comfort for the family of Scott Novasio with a meaningful gesture of sympathy.

On April 4, 1973 Scott married the love of his life Suzie (Vicky Underwood) in Las Vegas. From that point forward, his world revolved around his family. First his three children: Tobin (Tandi) Novasio, Tonya (Cody) Barent, and Lyndsey (Tim) Bachmeier and more importantly his grandchildren: Bentley, Beckam, Brystin and Bowie-Bleu Bachmeier; Braxton, Korbyn, Emersyn and Riverlynn Barent; Kane and Kyson Hickes, and Addison Novasio. “Uncle Scott” was also very close with his numerous nieces, nephews, and many of his children’s friends. Scott always watched out for his younger brother Gregg and his niece Sarah was like a third daughter. It was important to him that he was able to spend the Christmas holiday with all of his family gathered.

Scott and Suzie spent much of their life together in the Red Lodge and Laurel areas, opening several successful businesses. His work ethic was legendary and he was extremely independent as he worked primarily for himself in the construction field. Dad or “Papa” was a regular at “his kids” events but his preference would always have been to spend his time in the mountains on horseback far away from civilization. Scott often claimed he didn’t like people but always loved social gatherings; he especially enjoyed returning to Powell for class reunions so everyone could see how good he still looked. Scott talked tough but truly had a soft heart; over the years he and Suszy became the caretakers for many animals, usually those injured or abandoned by others.

Both his parents preceded Scott in death, as did his older sister Dixie Shade, his close nephew Jeremiah Henry, and his infant grandchildren Chael Novasio and Bleu Bachmeier. At his request, the family has decided not to have a service but rather will have a celebration of Scott’s life at a later date. In lieu of flowers donations can be sent to: B.A.R.K (Billings Animal Rescue Kare), 4017 1st Ave. S, Billings MT 59101

He lived, he loved, and he was a straight shooter.
Read Less

We encourage you to share your most beloved memories of Scott here, so that the family and other loved ones can always see it. You can upload cherished photographs, or share your favorite stories, and can even comment on those shared by others.

Plant a Tree in Memory of Scott
Plant a tree
1 tree has been planted in memory of Scott R. "Skeeterman" Novasio
JC

Posted Jan 12, 2020 at 05:47pm
I will always remember Scott as a special friend and " brother in arms" !! We had some hellish great times in our younger years and I will always treasure those memories!! It was my great honor to know and love him!! R.I. P. Skitterman!! The "Italian Stallion" is gone but not forgotten !!
Comment Share
Share via: 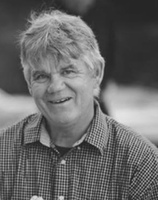