To share your memory on the wall of John Sarmiento, sign in using one of the following options:

He will be forever missed by all that knew him, family and friends. He lived life to the fullest. He travelled the world, no matter where he was there is a story for each place. He enjoyed cooking. He believed he was a culinary artist and his food showed his skills. If he was at home cooking up a storm, his family would be there by his side helping in the preparation in whatever feast he was making. You didn’t have to worry about the amount of food being served, as when he was cooking there was always an abundance of food.

His work as a directional driller has taken him to places that people would only dream of going, as well as places people would never dream of going. He has met so many people, and touched the lives of these people in a special way.

Plant a Tree in Memory of John
Plant a tree 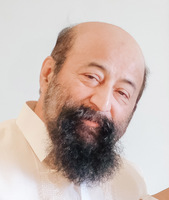