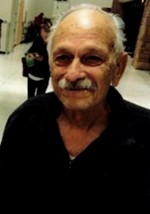 William Jack “Bill” Brewington took his last breath on October 22, 2019 at the age of 75. He passed in Billings, Montana, in the comfort of RiverStone Hospice House.
He was born in Billings, on April 23, 1944 to Jack and Helen (Kehm) Brewington. After his parents divorced, his mother remarried Alec Gratwohl from Laurel. He and his brother Gerald were raised by his mother and Alec, along with their “half” sister, Phyllis Gratwohl. Bill dropped out of Senior High School and joined the army at the age of 17, and, in the service, he obtained his GED. Was stationed in France; and enjoyed touring Luxemburg, Germany and other places while overseas. Was discharged in 1965 as Specialist Four E-4, and as a civilian joined the Navy Seabeas.
While overseas in 1962, he became a “pen-pal” with his future wife, Jane Peery. They met on an army leave to Billings, and married October 5, 1963. The honeymoon and the married couple’s new home was Fort Eustis, Virginia, where he was stationed, until his discharge in 1965. Upon getting out of the Army, moved back to Billings and started his civilian working career. Started with Pittsburgh Glass, to Suburban Men’s store, to Shipton’s Supply, and in 1966 started his railroad career with Northern Pacific Railroad who was later bought out by Burlington Northern Railroad. He worked as a switchman/brakeman mostly in Laurel & Billings yards and last two years, worked as a brakeman out of Havre until a disability retirement in 1990. In the late 1960’s & early 1970’s, he also enjoyed part-time work running the projectors at the Sage and Motor-Vu drive-in theatres.
Bill and Jane were married at Trinity Lutheran Church in Billings on October 5, 1963, and had two children, Jonathan and Deborah.
Bill’s “retirement” years found him enjoying his “mountain get-away”, digging for sapphires, faceting stones and enjoying his friends and family. He enjoyed playing pinnocle and shooting gophers with his good friend, Jim. He enjoyed “fixing” things and there weren’t many things or vehicles that he couldn’t repair. He liked helping friends and family as a “handyman” with whatever need they had.
Bill was preceded in death by father, Jack Brewington in Lewistown, Helen and Alec Gratwohl in Billings.
He leaves behind his wife of 56 years, his son Jon, daughter-in-law Holly, daughter Deb and son-in-law David Williams. Also, leaves behind grandchildren: Hannah, Shelby, Sofia, Aidan and Alec; a brother Gerald, a sister Phyllis (Craig) Blom, an aunt Martha Kindsfater and an uncle Ed Kehm, along with several cousins.
Services to be held November 5, 2019, (1:00 pm) at First Presbyterian Church, 13th & Poly, Billings; refreshments at church and interment at Sunset Memorial Gardens, 1721 Central Ave., Billings, MT.
Memorials should be made to charity of choice.

The family wishes to thank all the many medical doctors, nurses and care givers from St. Vincent Health, the Dialysis Center and RiverStone Health and Hospice House for their loving and heartfelt care.