To share your memory on the wall of Clifford Potts, sign in using one of the following options:

Your condolence has been submitted for approval. There may be a delay before posting.

Provide comfort for the family of Clifford Potts with a meaningful gesture of sympathy.

To plant a memorial tree in honor of Clifford A. Potts, please visit our Heartfelt Sympathies Store.

We encourage you to share your most beloved memories of Clifford here, so that the family and other loved ones can always see it. You can upload cherished photographs, or share your favorite stories, and can even comment on those shared by others.

Posted Nov 10, 2019 at 02:37pm
Am so glad I came out for a visit a few summers ago. I enjoyed visiting as an adult and having the opportunity to converse with both Cliff and Brenda. I will Treasure those memories fondly.
With Love, Char and Kent

Posted Nov 10, 2019 at 02:37pm
Am so glad I came out for a visit a few summers ago. I enjoyed visiting as an adult and having the opportunity to converse with both Cliff and Brenda. I will Treasure those memories fondly.
With Love, Char and Kent

Posted Nov 07, 2019 at 06:57pm
Dear Brenda and Tyler,
Our condolences to you on the passing of your wonderful Cliff. We think of him often as we have several of his paintings and prints on our walls. Cliff was always a joy to visit, uplifting our spirits and encouraging us in all things. How patient he was! May you be comforted in all the warmth surrounding you.
Kathy and John White
Fairfax, VA
Comment Share
Share via:

Posted Nov 07, 2019 at 12:33am
I am out of state for the winter and just found out about Cliff's passing. My heart goes out to you Brenda and your family. I pray for God's comfort in the days to come.
Comment Share
Share via:
DM

Posted Nov 06, 2019 at 04:01pm
Brenda and family...we were so sorry to hear about Cliff's death...we are in California and just received the news...Cliff was an amazing person with so much love to give..we both truly enjoyed the time we were able to spend with him enjoying his art work and sharing the love that our lord and savior has for all of us...please know that you are in our prayers ...Love you, Denny and Sandy Mrachek
Comment Share
Share via: 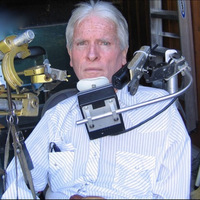