To share your memory on the wall of Patricia Fellows, sign in using one of the following options:

Provide comfort for the family of Patricia Fellows with a meaningful gesture of sympathy.

Patricia was born on September 30, 1924 in Watertown, SD the daughter of Francis and Arthur Flannery. Patrici... Read More
Patricia Marie Fellows, 95, died peacefully Sunday, October 6, 2019 in her home at West Park Village, surrounded by her family.

Patricia was born on September 30, 1924 in Watertown, SD the daughter of Francis and Arthur Flannery. Patricia’s mother was employed with the Work Projects Administration in Spokane at the end of the Great Depression. Her mother’s work required travel so Patricia was raised with the help of her grandparents and her aunt and uncle. Patricia graduated high school in Spokane in 1942 and went on to attend Kinman Business School in Spokane. With her training she found employment at the Army Air Depot in Spokane (the present site of Fairchild Air Force Base) where she worked as a secretary during the peak of the Second World War effort. After the war Patricia worked for the Spokane County Engineering Department as a secretary. She was set up on a blind date with a friend’s brother who had returned from the war in Europe and was on his way to Alaska to find work. Thus began her lifelong partnership with Walter Fellows. The trip to Alaska was abandoned and Patricia and Walter were married September 13, 1947 in Spokane. Patricia and Walter moved to Missoula, MT where Patricia began raising their first three children while Walter studied pharmacy at the University of Montana. Patricia and Walter then moved to Mobridge, SD, then Revillo, SD, and finally Havre, MT as Walter pursued work as a pharmacist and Patricia raised the children. Walter became a stakeholder in Western Drug and the entire family moved to Billings to open their own Western Drug store. Patricia gave birth to her last of six children in Billings.

Patricia’s life in Billings was defined by her commitment to her family, her commitment to her Christian faith, and her partnership with Walter. In the early 1980’s Patricia and Walter built a home on an acreage south of Billings and this farm became a defining location for all of her grandchildren’s childhoods. After two decades with family on the farm, Patricia and Walter moved back to Billings and made a priority of seemingly monthly family gatherings. Patricia’s bountiful love and gratitude for her family was reciprocated and cherished without exception by all her children, in-laws, grandchildren, and great grandchildren.

Cremation has taken place and a memorial service with reception and interment will be held Tuesday October 29, 2019, at 10 a.m. at Smith Funeral Chapel West in Billings. In lieu of flowers, donations may be made to Riverstone Hospice or P.E.O. Chapter Y, C/O Nancy Boyer, 505 Woodland Dr. Billings, MT 59102.
Read Less

Plant a Tree in Memory of Patricia
Plant a tree 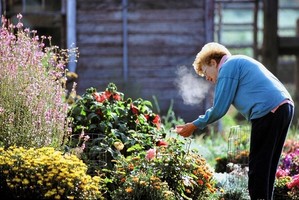 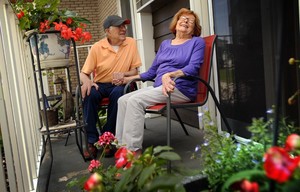 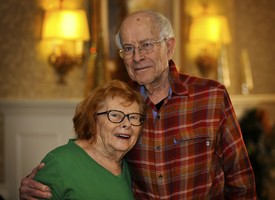