To share your memory on the wall of John D. Carlson, sign in using one of the following options:

Provide comfort for the family by sending flowers or planting a tree in memory of John D. Carlson

Provide comfort for the family of John D. Carlson with a meaningful gesture of sympathy.

John worked for Bill Hancock at Wild Bird Resources before attending Billings Vo-Tech and learning welding skills. He worked for Anderson Steel for many years and began operating heavy equipment with Corcoran Construction and Northern Line Layers. John then worked for State Line Contractors. He was an award-winning backhoe operator and enjoyed the work. John lived in Edgar and Fromberg, worked for Wetstein Farms and was active with Edgar Volunteer Fire Department.

Since 2004, John worked at Montana Rail Link as a carman. He married LouAnn Myers in 1992; they later
divorced. John was an avid outdoorsman—fishing, camping, hiking and hunting, including Safaris in
Africa. Never out-fished, never a tag unfilled, John was most at home in the mountains or on the water,
his dogs by his side. His favorite places were in the Beartooths, namely Hellroaring Plateau, where the
best family memories are always present. John loved all sports, the Minnesota Vikings and his Football
Day in America. He played baseball, basketball, football and wrestled. John once met Evel Knievel and
got his autograph. He also signed Dale Earnhardt’s memorial.

John’s trophy collection from arm wrestling and wrist wrestling is staggering, including state titles and assisting with the production of a movie. You knew you were special to him if you got a smoked turkey for Christmas, or onions and corn from his garden. He is preceded in death by his father Ron and mother Susan. He is survived by his wife, June Phillips and her son Brock Watson, his father Harry E. Carlson, sister Julie Blakeslee (Buzz), brother Karl Carlson (Dawn), niece and nephews Abigail Carlson, Tristan Carlson and Nicholas Totten, and numerous cousins. He will be greatly missed by all, including special friend Dave Stapleton and many lifelong friends.

Cremation has taken place. Celebration of Life will be held at Smith Downtown Chapel in
Billings on Saturday, October 5 at 11:00 a.m., with reception following. Memorials may be made to
Edgar Volunteer Fire Dept. or Fromberg and Bridger EMS Services. Condolences for the family may be shared at www.smithfuneralchapels.com.
Read Less

We encourage you to share your most beloved memories of John D. here, so that the family and other loved ones can always see it. You can upload cherished photographs, or share your favorite stories, and can even comment on those shared by others.

Plant a Tree in Memory of John D.
Plant a tree 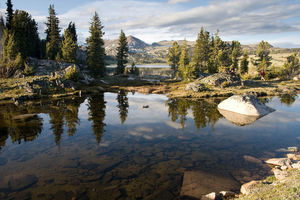 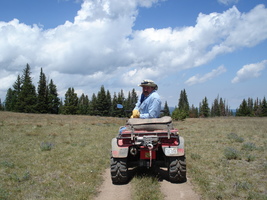 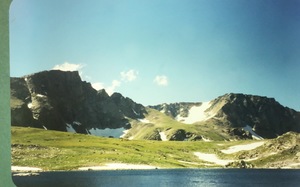