To share your memory on the wall of Herbert Samuel Kindsfater, sign in using one of the following options:

Provide comfort for the family of Herbert Samuel Kindsfater with a meaningful gesture of sympathy.

Although Herb is finally at rest, his love for his family continues to sustain us as we celebrate his life on Friday, Oct 4th at 11 a.m. at Smith's Funeral Chapel in Laurel. Following the celebration of life, there will be a graveside service at Laurel Cemetery and a luncheon following at the Laurel United Methodist Church, 307 West 4th Street. Viewing is available on Thursday, Oct 3rd from 3 p.m. to 7 p.m. at Smith Funeral Chapel – Laurel.

In lieu of flowers a donation can be made to Riverstone Hospice Home c/o Riverstone Health, 123 South 27th Street, Billings MT 59101, or to Special K Ranch.
Read Less

We encourage you to share your most beloved memories of Herbert Samuel here, so that the family and other loved ones can always see it. You can upload cherished photographs, or share your favorite stories, and can even comment on those shared by others.

Posted Oct 01, 2019 at 10:48am
Michelle, Bruce and family,
I always loved seeing Uncle Herbie at Aunt Mick's and Uncle Ed's when Lisa & I were growing up. He was a special man with a kind and loving heart.
I am so very sorry for your loss.
My deepest condolences to you and your families.
Love, Amy
Comment Share
Share via: 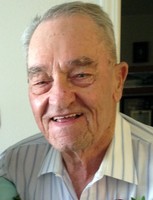 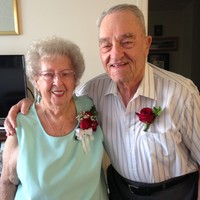