To share your memory on the wall of Charles Lechner, sign in using one of the following options:

Provide comfort for the family of Charles Lechner with a meaningful gesture of sympathy.

To plant a memorial tree in honor of Charles A. Lechner, please visit our Heartfelt Sympathies Store.

We encourage you to share your most beloved memories of Charles here, so that the family and other loved ones can always see it. You can upload cherished photographs, or share your favorite stories, and can even comment on those shared by others.

Posted Nov 06, 2019 at 06:19pm
Dear Ruth and family,
Please know that I send prayers for comfort and peace. I always enjoyed seeing & visiting with you and Chuck at church. He always had words of wisdom and common sense suggestions. Remember the good times and hold time to the memories.
With love, Jean Grocholski

Posted Oct 15, 2019 at 10:41am
Charles was a good law enforcement officer and a gentleman. Peace and prayers to the Lechner family.

Posted Oct 06, 2019 at 10:17pm
Jim Eckenroad
Chuck was my mentor in so many areas while we worked together at the college. His ethical behavior and his fairness towards others was recognized by those who came in contact with him. He was a special man and I will miss him. Warmest thoughts to his family at this time.
Comment Share
Share via:
MG

Posted Oct 01, 2019 at 05:53pm
Ruth, Chris, Tim and Stef,
I am saddened to learn of Charlie's passing. He was a great guy and his time here will not be forgotten. I have so many great memories of your family from back in the day. It is never easy for those of us left behind but now he gets to walk a friendly beat through Heaven's streets. God Bless you all now and as time passes.
Mike Guy
Comment Share
Share via:
SV

Posted Oct 01, 2019 at 11:22am
Ruth & family ~
I'm so sorry to hear of Charlie's passing. We considered him (and you!) part of our extended family. May God grant you all peace and comfort, and may your sharing of memories bind you closer together during this tough time. I'm guessing he and my mom (Clarice) have already cooked up a bridge game somewhere in heaven. Big hugs and much love from our house to yours. 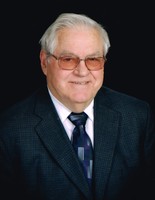