To share your memory on the wall of Jason Paul Ash, sign in using one of the following options:

Provide comfort for the family of Jason Paul Ash with a meaningful gesture of sympathy.

Jason lives on in our hearts and is deeply loved and will be dearly missed.

"How bout them Broncos!"

A memorial service will be held at Smith Downtown Funeral Chapel Home Wednesday, October 2, 2019 at 10:00 AM.
Read Less

We encourage you to share your most beloved memories of Jason Paul here, so that the family and other loved ones can always see it. You can upload cherished photographs, or share your favorite stories, and can even comment on those shared by others.

Posted Oct 02, 2019 at 06:41pm
Your funeral was beautiful bro. I still cant believe your gone. I will still bet 20 bucks a game Denver/Raiders and keep your winnings safe. I'll give them to Maddy when she graduates. Your gone way to soon and I'm sorry you hurt so much but I'll see you again 1 day.
Comment Share
Share via:
HS

Flowers were purchased for the family of Jason Paul Ash.

Posted Sep 30, 2019 at 12:45pm
Jason was one of a kind, he rarely had a bad day. If he did he would never let it show. It was an honor knowing Jason. He always treated me more than a patron . He treated me like a fellow Broncos fan and always as an equal. Jason is at peace now, it will never be good bye but more like see you later my friend. The world lost a great human being . Charlie
Comment Share
Share via:
KB

Posted Sep 28, 2019 at 07:33pm
Wishing you peace to bring comfort, courage to face the days ahead and loving memories to forever hold in your hearts. From Azra and her mom, Mirsada. 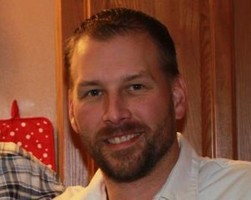