To share your memory on the wall of Gary Shelley, sign in using one of the following options:

Provide comfort for the family of Gary Shelley with a meaningful gesture of sympathy.

From Joliet the family moved to a suberb of Anchorage, Alaska where Kenneth worked with a man wishing to become a pastor, assisting him in establishing a church. On winter days, Gary and his siblings walked to the school bus in the dark and walked home in the dark, marveling at the moon shining on 3-4 inches of snow on the dark green evergreen branches;the world warpped in silence. From the generous windows of the school they watch the moose come out to graze on the football field as the sun set in the afternoon.

The family moved for the summer to North Dakota on the old Shelley ranch where Gary became adept at racing the horses with his cousins. That fall they moved to Fairview, Montana where Reverand Shelley took his brood to minister to a dwindling community of believers in a Nazarene church. Gary's vocal gift became more and more apparent.

A move back to Joliet, Montana allowed Gary to finish highschool with old friends. Then it was on to college in Miltonvale, Kansas which Gary attended for 3 semesters until physical problems necessitated his leaving. Simultaneous with college, Gary received training in radio, television, and electronics, receiving high-level certifications which he grew into a popular repair buisness. Gary ran Shelley Radio until his retirement.

Gary moved with his family to Iowa to take care of his grandmother. There he worked in a local nursing home being responsible for medications and other patient care activities. Reverand Shelley was asked to fill in for a minister at a nearby Wesleyan church. The young gal at the piano caught Gary's eye and soon he was a regular visitor at Dorothy Sherburne's home. Coming back from his visits he would justify his attraction by constantly bragging on Dorothy's intelligence. The two were married and eventually moved to Montana where they raised their son Jim. Gary and Dorothy joined the Absarokee Evangelical church where he became an usher and then installed and operated the sound system for the church services.

While running Shelley Radio in Absarokee, Gary also ran the TV Translator club, for years providing the only television reception available in town. Among his many responsibilites was the daunting task of driving a steep inhospitable rocky trail to work on electronics equipment housed in a forlorn tin shed. His mother could be found praying for Gary's protection during those hours that he climbed the large broadcast antennas in the cold wind. Little did the townspeople know of the dare devil who took the challenge that they might sit in front of their fireplace with a brew and a bowl of popcorn, ensuring they did not miss the Super Bowl.

Funeral services for Gary Shelley will be held at 11:00 a.m. on Saturday, September 21, 2019 at the Absarokee Evangelical Church. Visitation will be held prior to the service from 9:30-10:30 a.m. at the church. The graveside service will follow at Rosebud Cemetery in Absarokee. Memorial designations in Gary’s name may be made to the Absarokee Evangelical Church or Beartooth Christian Camp, 34 Woodard Avenue, Absarokee, MT 59001. Condolences for the family may be shared at www.smithfuneralchapels.com.
Read Less

Plant a Tree in Memory of Gary
Plant a tree 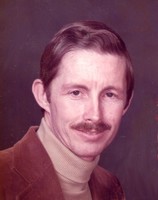 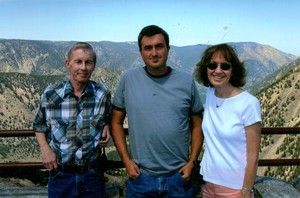