To share your memory on the wall of Thomas Flaherty, sign in using one of the following options:

Provide comfort for the family of Thomas Flaherty with a meaningful gesture of sympathy.

Posted Nov 07, 2019 at 07:28pm
So sorry to share my deepest condolences to Carolyn, Teresa, and Michael so late after your loss. The years have passed so quickly but the fond memories are still there like it was yesterday. I always share the story of the time Mr. Flaherty and myself went to Major Goolsby's near the Milwaukee Journal building one night. I met some big names with local sports connections. As a young kid, it was a big deal. Carolyn was my composition teacher and we developed a wonderful friendship. This friendship lead to the meeting of her wonderful family and those fond memories. I wish I had kept in contact but instead our paths went in different directions. But please know, you all were in my thoughts through all this time.

Posted Sep 21, 2019 at 04:33pm
Dear Carolyn, Teresa, and Michael--Jim and I were so sorry to hear of Tom's death. Carolyn and Tom were some of the first people we met when we moved to Red Lodge, and we have fond memories of dinners and social functions with you in the early days. Tom was a terrific columnist for the Carbon County News with his memories of Red Lodge and his wonderful way of writing. One of the many great things he did in Red Lodge was interview and facilitate a panel of daughters and sons of miners killed in the Smith Mine. It's part of the oral history archives in our museum and stands out as an incredibly important piece of our history. We give thanks for Tom's presence here, and mourn his death. Please know, Carolyn, that you are in our hearts as you grieve for Tom.
Comment Share
Share via:
BG

Posted Sep 19, 2019 at 12:51pm
Dear Carolyn and Family
We were so sadden by the sudden loss of Tom.
You both were so good to a lot of things in Red Lodge
Our thoughts are with you at this time.
Mike and Becky Goodman
Sarasota, Fl
Comment Share
Share via:
DW

Posted Sep 17, 2019 at 05:25am
My deepest condolences to all of you in the Flaherty family, as well as his friends. I never met Tom but I want you to know that he was a singular inspiration to me as a kid growing up in Wausau, Wisconsin. He is the reason I grew up wanting to become a sportswriter. If I couldn't be Robin Yount (dream #1), I wanted to be Tom Flaherty. In my eyes, as a 12-year-old during the Brewers' World Series season in 1982, he was a celebrity and had the best job in the world. And maybe if I was lucky I'd someday be good enough to be a Brewers beat writer, too. Tom's work turned this baseball-addicted Wausau kid into an avid newspaper reader. While I was a paperboy for the local paper, I'd do whatever I could to get my hands on a Milwaukee Journal to read Tom's stories (and clip them to save and study in an album). I went on to a 28+-year career in journalism at four daily newspapers, the first 13 years of which were spent working in sports, most of it covering high school teams, but also an occasional Brewers series. Whenever I'd set foot in the press box at County Stadium, I would secretly pinch myself and think about Tom, and revel in my good fortune to be inside the same press box where he once churned out stories that riveted me. I wish I had the chance to meet him and thank him in person. Unfortunately, I never did during my own career, which didn't come anywhere near measuring up to his, obviously, but was still an absolute joy and labor of love. Tom was a real credit to the profession and I sought out this obituary so I could share with you how his work inspired me and unlocked a passion that helped me find my own path in life. Though I don't know if it was the case with your family, I do know the demands of a Major League Baseball beat writer can be awfully taxing on a family life. Thank you for sharing him with the hundreds of thousands of readers of Wisconsin, like me. I hope my story brings you a brief moment of peace and pride at this difficult time as you cope with your deep personal loss. You'll be in my thoughts and prayers.
Comment Share
Share via:
MG

Posted Sep 15, 2019 at 09:54am
I’m sorry to hear of Tom’s death. I had the pleasure of working with him at The Milwaukee Journal,for which he was a terrific sportswriter. My condolences to his family.
Comment Share
Share via: 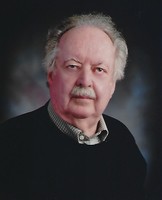