To share your memory on the wall of Diana Jansma, sign in using one of the following options:

Provide comfort for the family of Diana Jansma with a meaningful gesture of sympathy.

We encourage you to share your most beloved memories of Diana here, so that the family and other loved ones can always see it. You can upload cherished photographs, or share your favorite stories, and can even comment on those shared by others.

Your dear mom was a true friend! Our lunch dates were a blessing for both of us, updates on our families and sharing life's blessings. I so enjoyed hearing from her and was always amazed by how her concerns for others were always more than for herself. She seemed to be happy even in times where most of us would be down and complaining.

She attended Eastern Montana college with my brother Timm, who also sends his love and condolences.

I want to express my deepest condolences and know your mom will be missed!

Posted Sep 04, 2019 at 10:58pm
Diana I’m so happy I had the chance to know you for a few short years. You will be missed but I’m so glad you’re no longer in pain. I will hold onto the memories. I love you!
Comment Share
Share via: 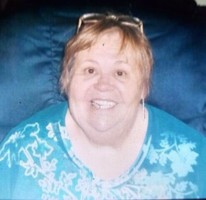