To share your memory on the wall of Walter Bernard Fellows, sign in using one of the following options:

Provide comfort for the family of Walter Bernard Fellows with a meaningful gesture of sympathy.

Walter was born on August 30, 1926 in St. Ignatius, Montana, the son of Walter Frank Fellows and Winnifred Leah Patty. He... Read More
Walter Bernard Fellows, 92, died Friday, August 9, 2019 at his home at West Park Village, surrounded by his family.

Walter was born on August 30, 1926 in St. Ignatius, Montana, the son of Walter Frank Fellows and Winnifred Leah Patty. Here he received his primary education and developed a love of the outdoors while roaming beneath the Mission Mountains. When he was thirteen years-old, he moved with his parents to Great Falls, where he graduated from high school.

After high school, Walter served in the Navy during the close of World War II. Soon after returning home, Walter was traveling with a friend to find work in Alaska when he met the love of his life, Patricia Flannery. They met when Walter made a stop-over to see his sister, Sally, in Spokane, Washington. Walter put his trip on hold and he and Patricia were married Sept. 13, 1947 in Spokane.

Walter continued his education at the University of Montana, graduating in 1949 with a degree in Pharmacy. After graduation, Walter and Patricia would make their homes in Mobridge, South Dakota and Havre, where he became associated with Western Drug stores. They later moved to Billings, Montana where Walter was manager and part owner of several Western Drug stores. It was during these years that the two were raising their six children.

Throughout life, Walter would spend as much time as possible enjoying the outdoors, fishing, hunting, and raising his coon hounds, which he tried to convince his wife were borrowed. In the early seventies Walter matched his imagination with thriftiness by dismantling a homesteader cabin and using the reclaimed lumber to build a new cabin on Sage Creek in the Pryor Mountains.
In the early eighties, Walter and Patricia built their dream home along the Yellowstone River where they could keep horses, the ‘borrowed coon hounds,’ and entertain their ever-growing family and grandchildren with pheasant hunts and horseback rides.

The family would like to express their sincere gratitude and appreciation to the staffs of West Park Village and Riverstone Hospice.

Cremation has taken place and a memorial service to celebrate Walter’s life will be held Saturday, August 17, 2019, at 1 p.m. at West Park Village. In lieu of flowers, contributions may be made to the West Park Village Employee Fund or Riverstone Hospice. Condolences for the family may be shared at smithfuneralchapels.com.
Read Less

We encourage you to share your most beloved memories of Walter Bernard here, so that the family and other loved ones can always see it. You can upload cherished photographs, or share your favorite stories, and can even comment on those shared by others.

Plant a Tree in Memory of Walter Bernard
Plant a tree 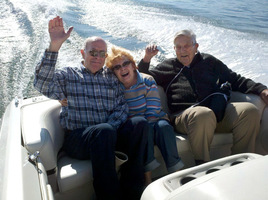 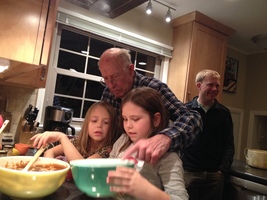 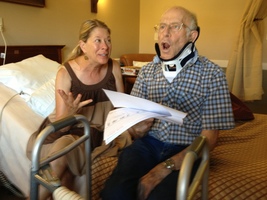