To share your memory on the wall of Kenneth Bracken, sign in using one of the following options:

In 1961, on a blind date, he love of his life, Margie Buck. Five short months later they were married on May 12, 1961. In 1964 Ken joined the Billings Police Department and served 20 years retiring as Lieutenant in 1984. In 1967 they had their one and only child Tara. They lived in Billings until 1985 when they moved to their dream farm in Broadview, MT. They raised cows, pigs and chickens. Ken worked as a farmhand to several ranchers in the area. Ken lost Margie to cancer in 2003 and remained living there until 2015 when due failing health, he moved to Washington state with his daughter and family. He would say, ‘You can take the man out of Montana, but you’ll never take Montana out of the man.’

Ken was the original mountain man. He had a passion for trapping, hunting and guns. He also had a passion and respect for the animals he took. Ken spent most falls in the Bitterroot helping take hunters into the high country. He loved fishing, camping and boating. Most summers were spent with his family on Yellowtail Dam or Hell Creek, Ft. Peck.

Ken was loved by most and admired by all. He was generous and known to help anyone in need. He made an impact everywhere he went.

He would say his greatest role in life was that of being grandpa to his three grandchildren, He was their patriarch; main man role model as well as grandpa. He was so very proud of all three of them and how they’ve grown into successful young adults. Two of them followed his footsteps into law enforcement. He was often heard saying of all three of them, ‘I need a bigger hat.’

He is survived by his daughter Tara Jones, her husband Joe Jones, sisters Edna Townsend and Carole Worm, his three grandchildren Bryan Crosby, Brittany Klewin and her husband Hunter Klewin , and Joshua Crosby and fiancé Jaci Willis as well as his first great grandson Everhett Leland Crosby (8 mos). He is also survived by several nieces and nephews.

Services to be at Smith West Chapel at 304 34th St, W. in Billings at 11 a.m. on Saturday August 17, 2019 with interment at Lavina cemetery and celebration of life at Broadview Senior Center following the burial. Viewing is available Friday August 16 from 10 a.m. to 5 p.m. as well as before the service.
Read Less

Posted Aug 16, 2019 at 12:22pm
I used to work out withy Kenny at the "Barn" before I joined the BPD and I always liked him. He had a great sense of humor and an original outlook on things. Heaven became a little better place when he got there. God Bless ya LT. Rest in Peace.
Mike Guy
Comment Share
Share via: 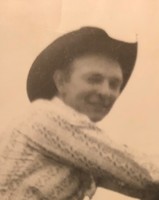 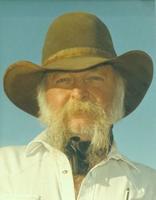