To share your memory on the wall of Obert Undem, sign in using one of the following options:

We encourage you to share your most beloved memories of Obert here, so that the family and other loved ones can always see it. You can upload cherished photographs, or share your favorite stories, and can even comment on those shared by others.

Posted Aug 05, 2019 at 02:18pm
Dear Ginny, I was so shocked to hear that Obert had died. I tried to call you, but the number I have for you was no longer in service. Call me if you will, I feel so badly for you. With Obert, you were blessed -- Love you, Dee
Comment Share
Share via:
IK

What a joy it was to know Obert and claim him as a very special part of our (Ginny’s) family. Though we were separated by many miles he always made us feel close. He will be greatly missed. Cousin Inez
Comment Share
Share via:
GN

Posted Aug 01, 2019 at 01:52pm
Obert and I were roommates in the 60’s in Minneapolis. He is perhaps the most intelligent person I have known, also kind and loving, humorous and interesting. Being 4 years my senior he also was an important mentor both business wise and socially. We are both so thankful that we had the opportunity to visit Ginny and him in Billings, last summer. Rest easy My Friend.

Posted Jul 31, 2019 at 11:26pm
Ginny and Obert's family, we were so sorry to learn of Obert's death. He was such a genial, generous and gentle soul and did so much good. I'm glad that we had a chance to know him! Our thoughts will be with you all during this time.
Comment Share
Share via:
JD 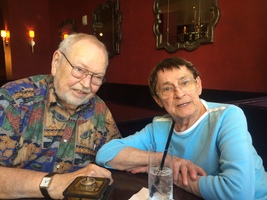 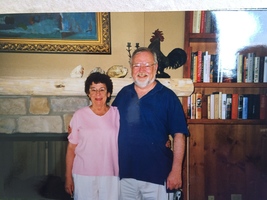 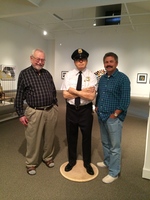