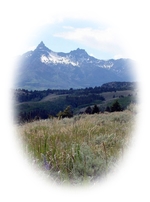 Kaleb Sorum passed away unexpectedly on July 23, 2019 in Columbus, MT. Kaleb was born in Missoula, MT on June 26, 1997. Kaleb spent his school years in Billings. He attended St Francis and Billings Central High School. Kaleb was the son of Keith Sorum of Columbus, MT and Angela Penninger and Step-father Doug Penninger of Billings.
He excelled at soccer and enjoyed several seasons with his dad as coach. Kaleb was a faithful football fan, rooting for his favorite team the New England Patriots. Many evenings and afternoons were spent with his parents watching Patriot games on TV. Kaleb also enjoyed playing chess, especially when he could beat his dad. He and his dad also enjoyed getting outside and fishing together.
Kaleb was fond of animals including special dogs Rocky and Chip. Later in life, he expanded his interest in animals to include a stud colt named Bullet. He was proud to earn Bullet’s trust through his gentle care.
Family and friends will miss Kaleb’s infectious smile, quick wit and humor, big bear hugs and love.
Kaleb is survived by his father Keith, mother Angela, step-father Doug and sister Emily Coulston, as well as extended family. He is preceded in death by his sister Grace Sorum.
Services will be Monday, July 29, 2019 at Smith’s Chapel in Columbus. The family requests memorial contributions be made to the Suicide Prevention Coalition of Yellowstone Valley in lieu of flowers.