To share your memory on the wall of Kyle Garza, sign in using one of the following options:

Kyle was a great son, and big brother to his sister, Sydney Joy. They spent time listening to music, driving around, and whatever else Sydney “asked” him to do. They were the best of friends and very close. They also enjoyed irritating one another as most brothers and sisters do. Kyle had a calm and laid-back demeanor. He used this to his benefit during an argument with Syd when he would calmly and sarcastically tell her “I Love you Syd”…and it made Syd crazy, just as he knew it would!

Kyle’s generosity and kindness to all touched many people on so many levels. He was also smart and witty. Not to be fooled by his quietness, Kyle had an amazing sense of humor. He was also artistic, which could be seen with the trendy apparel he sported. He spent the past few years working at Fuddruckers. He met new friends while working there, and although he had many friendships, his close friends were Jake, Lane, Gabe and Tory. His life was full of numerous people that loved him and are devastated by his passing. In addition, his loyal, loving pets Lucy, Ruby and Luna are lost without him.

Kyle is survived by his parents Rob Garza and Christina Small-Garza and his sister Sydney. He also leaves behind his great grandmother, Connie Yellowtail Jackson, of Wyola, MT; grandparents, Troy and Becky Garza, David and Val Small, Penny Small (Kevin), also of Billings MT, and Lynda Hayward of Germany. Kyle has a large (sizeable) family within the Crow Tribe. He is also survived by several aunts, uncles and cousins and too many friends to name. He is preceded in death by his grandma Cheryl Garza, and great grandmother Delores Blair.

In lieu of flowers, memorials may be sent to American Foundation for Suicide Prevention – MT Chapter, in Kyle’s name. afsp.org/chapter/afsp-montana/
Read Less

We encourage you to share your most beloved memories of Kyle here, so that the family and other loved ones can always see it. You can upload cherished photographs, or share your favorite stories, and can even comment on those shared by others.

Posted Aug 05, 2019 at 12:23pm
Kyle,
I will always remember your eyes and your sweetness. You left this world too soon and my heart aches for your family. I loved caring for you, and your passing will only strengthen my commitment to doing better for other adolescents just as beautiful as you.
Love,
Jean

Posted Jul 27, 2019 at 12:58pm
I am so sorry for the loss of this amazing young man I will always treasure the time I had with him coaching him when he played forward the cowboys our family will always remember him if there's anything we can do for you just let us know
Comment Share
Share via:
RL

Posted Jul 26, 2019 at 10:41am
I am so sorry for the loss of beloved son and brother. I am keeping you in my thoughts and prayers at this very difficult time in your lives. May God give you the strength you need to get through. Hold close to your hearts the many fond memories you have.
Robyn Larson
Comment Share
Share via:
TZ

Posted Jul 25, 2019 at 11:46pm
Kyle, you were so loved and I do honestly believe you knew this. I think sometimes you didn't know how important you were. We all love you so much and we will join you someday. I think maybe grandma was lonely and needed you. Her good boy who never sassed her back like the rest of us. Now you can tell her and grandpa how much they are missed too. I will never get over you. I love you. Auntie
Comment Share
Share via: 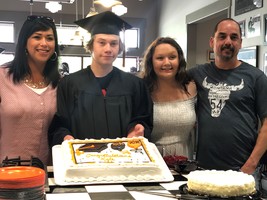 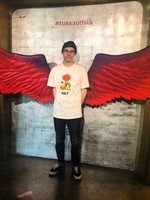 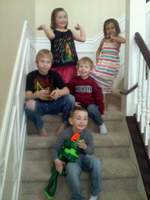