To share your memory on the wall of Sarah Styger, sign in using one of the following options:

Print
Sarah Mae Styger passed away on Wednesday, July 17th in Billings, MT. She was born May 22, 1924 to Fred and Amelia Schneidmiller in Tacoma WA. Her family lived in Idaho, Washington, and Nebraska, and returned to Montana in 1930.

Sarah ... Read More
Sarah Mae Styger passed away on Wednesday, July 17th in Billings, MT. She was born May 22, 1924 to Fred and Amelia Schneidmiller in Tacoma WA. Her family lived in Idaho, Washington, and Nebraska, and returned to Montana in 1930.

Sarah went to school in Shepherd, MT, graduating in 1943 as Valedictorian! She joined the Navy in 1945 to 1946 in Philadelphia PA for 13 months. She went back to Shepherd and met and married Maurice Edwin Styger on Sept 12, 1947, at the Congregational Church in Billings, MT. She worked at the Bureau of Land Management until she married Maurice and after the marriage they moved to Ballantine until 1954. After She got out of the service, she took flying lessons and would test all the new small planes that came to Billings. She was working on getting her commercial pilot’s license, so she could fly people around, but between the 2 mothers, my dad and I, we talked her out of it, so she gave up that idea.
She gave birth to Maureen Styger on Aug. 17, 1949 and was a homemaker and farmer’s wife until they moved to Billings in 1954. She gave birth to a son Maurice (Maury) Styger III. Dec. 16, 1954.
She was a woman of faith and very active in her church for several years. She would always show her love for “my Jesus”… Praise the Lord! Praise the name of the Lord; Praise Him, O servants of the Lord, You who stand in the house of the Lord, In the Courts of the house of our God! Praise the Lord, for the Lord is good; Sing praises to Him name, for it is lovely. Psalms 135; 1-3 NASB.
When Sarah started working, she went to work for Hank Bane, who had a Filling Station and a Trucking firm. When he closed the business, Sarah took over the Trucking business for a while finding loads for the trucker that brought loads to Billings. After that she went to work for Aldrich Lumber Company for a few years. After that she went to work for Hall Perry Machinery, A Heavy equipment Company, and worked there until she retired. After Retirement she and dad did multiple Volunteer projects until the doctors told them to quit.

She was preceded in death by her parents, three brothers and three sisters.

Funeral Services will be at Parkhill Assembly of God Church on Friday, July 26th at 10:30 a.m., viewing at Smith Downtown Chapel on Thursday, July 25th from 1:00 to 4:00 p.m., interment will be at Pleasantview Cemetery in Ballantine, MT.

Sarah’s favorite Scriptures
Trust in the Lord with all your heart and do not lean on your own understanding. In all your ways acknowledge Him. And He will make your paths straight. Proverbs 3:5-6 NASB

My Son, do not forget my teaching, But let your heart keep my Commandments: For length of days and years of life and peace they will add to your. Do not let kindness and truth leave you: Bind them around your neck, write them on the tablet of your hear. So you will find favor and good repute in the sights of God and Man. Proverb 3:1-6 NASB

For this reason I bow my knees before the Father, from whom every family in heaven and on earth derives its name, that He would grant you, according to the riches of His glory, to be strengthened with power through His Spirit in the inner man so that Christ may dwell in your hearts through faith; and that you being rooted and grounded in love, may be able to comprehend with all the saints what is the breadth and length and height and depth, and to know the love of Christ which surpasses knowledge, that you may be filled up to all the fullness of God. Now to Him who is able to do far more abundantly beyond all that we ask or think, according to the power that works within us. Ephesians 3:14-20
Read Less

We encourage you to share your most beloved memories of Sarah here, so that the family and other loved ones can always see it. You can upload cherished photographs, or share your favorite stories, and can even comment on those shared by others.

Plant a Tree in Memory of Sarah
Plant a tree 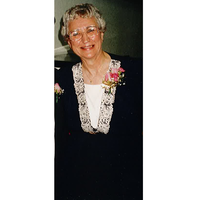 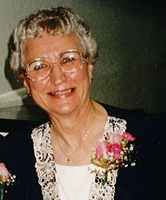