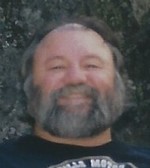 Allen Wayne Wegner, aged 73, passed away the morning of July 6th.
He had been fighting cancer for several months and it finally won.
Allen was born September 6,1945 to Fred and Emma Wegner in Billings Mt. He had two brothers Richard and Kenneth and a sister Linda. Allen went to school in Billings, graduating from West High. He joined the Army Reserves. Allen worked for the City of Billings Street Department as a heavy equipment operator, retiring in 1996.
Allen married Lynette Olijnyk November 22, 1969. They lived in Billings their entire life. They enjoyed many shared hobbies and experiences including travel, cars, and whatever caught their interest. He was able to fulfill his dream of building a hot rod, a 48 Chevy. Allen played baseball growing up and moving to softball later in life. He enjoyed the outdoors, hunting, fishing, photography and his partner in crime, his father in law Ron. He found humor in so many things and loved a joke or story.
He had a soft spot for animals. You name it, injured birds, stray cats, his dogs, horses and pet cats. He was a member of American Legion Post 4 cooking breakfast for the post for many years and was a member of the Honor Guard.
He is survived by his wife Lynn of almost 50 years, his father in law Ron and brother Dick and his wife Donna and many life long friends.
Thanks to the wonderful people at Frontier Cancer Center and St Vincent's Hospital for their care.
We will miss you. A funeral service will be 10 am, Thursday, July 11 at Smith West Chapel, 304 34th Street West followed by a private interment. Condolences may be shared online at www.smithfuneralchapels.com.