To share your memory on the wall of Dustin Sturm, sign in using one of the following options:

Dusty loved taking his family and “brumbies” packing into the mountains every year over the 4th of July. Dusty’s Uncle Pete and Aunt Jeri were always a huge part of those trips and were often joined by his father Wayne and sister Dana. After many years of taking his family into the mountains and improving his packing skills he decided to use his passion to start up Husky Wilderness Adventures in Absarokee in 2014. He wanted to make an impact on the lives of his students and to give them an opportunity to share the love of the outdoors. He taught them to fish, pack, pitch a tent, camp, ride a horse/mule, and give them an experience they may not have otherwise gotten. His family and friends plan to continue his Husky Wilderness Adventures legacy.

Dusty was preceded in death by his grandparents and his mom Donna.

A memorial service will be held at 11:00 a.m. on Saturday, July 13, 2019 at the Absarokee High School football field. Condolences for the family may be shared at www.smithfuneralchapels.com.

In lieu of flowers, contributions can be made to Husky Wilderness Adventures at First Interstate Bank in Absarokee.
Read Less

We encourage you to share your most beloved memories of Dustin here, so that the family and other loved ones can always see it. You can upload cherished photographs, or share your favorite stories, and can even comment on those shared by others.

Posted Jul 12, 2019 at 09:20am
A rare breed this man was... Noble, tough, gentle, Always had a twinkle in his eye, and a crooked little smile. Later Dustin.
Comment Share
Share via:
MT

Posted Jul 09, 2019 at 07:46pm
I remember so well Dustin and his family. Dustin was a good-looking kid that any family would love to claim! He was a great student at PHS and those of us that knew him will always remember him. Our sincere sympathy to his father and Dustin's family. Peace be with you.
Comment Share
Share via: 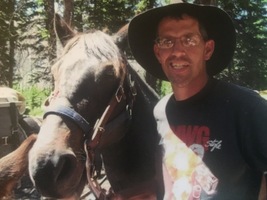 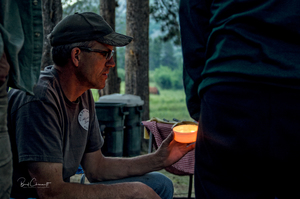