To share your memory on the wall of Donald Weinzetl, sign in using one of the following options:

Provide comfort for the family of Donald Weinzetl with a meaningful gesture of sympathy.

Posted Jun 11, 2019 at 11:42am
Carla and Monica, I am so sorry to learn of your loss of your father. May God comfort and hold you and fill you with all the loving memories your have of him. May God bless both of you and your entire family.
Comment Share
Share via:
DL

Posted Jun 11, 2019 at 11:32am
Dear Zach and the Weinzetl Family,
Our deepest condolences for your loss. You are in our hearts and prayers during this difficult time.

With love,
David and Colleen Loose

Posted Jun 10, 2019 at 11:31pm
so sorry for the passing of don truly a fantastic man. many memories our jaunt to stanford. card games and just some great laughs he will be greatly missed
Comment Share
Share via: 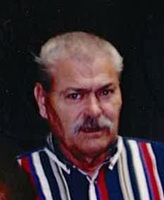