To share your memory on the wall of Andrew Brant, sign in using one of the following options:

Provide comfort for the family of Andrew Brant with a meaningful gesture of sympathy.

Andy lived in Bozeman and worked as a mason, in Stanford where he worked on the Skelton Ranch, in Lewistown working at the Dash Inn and McDonald’s and Worden, working at Don’s Car Wash, the Huntley Irrigation District and Billings Livestock Yard.

Andy was preceded in death by his father Gregory and his grandmother Judy Sherrodd. He is survived by his mother Julie Sherrodd-Brant, his sister Haley (Derek) Bruseau both of Lewistown, his sister Justiann Mraz of Worden, his brother Eric of Huntley, his half-siblings Christopher and Anna, grandparents Larry and Annegret Sherrodd of Worden, his grandmother Delores Brant, nephews and niece Devin, Jacob, Darrius, Titan, Logan and Katherine. He is also survived by many aunts, uncles, and cousins and brother in law Kyle Mraz.

Services will be held at 11:00 a.m. on Saturday, June 29, 2019 at Trinity Lutheran Church (on Grand by Senior High) in Billings. Cremation has taken place and interment will take place at a later time.

Condolences for the family may be shared at smithfuneralchapels.com.

A special thank you to Jann Parker, the caring doctors and staff at Billings Clinic and Riverstone Hospice House for everything you have done for Andrew.
Read Less

We encourage you to share your most beloved memories of Andrew here, so that the family and other loved ones can always see it. You can upload cherished photographs, or share your favorite stories, and can even comment on those shared by others.

Plant a Tree in Memory of Andrew
Plant a tree 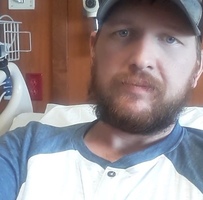 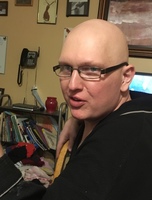 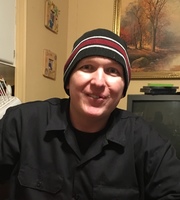