To share your memory on the wall of Ervin Naasz, sign in using one of the following options:

Provide comfort for the family of Ervin Naasz with a meaningful gesture of sympathy.

To plant a memorial tree in honor of Ervin Naasz, please visit our Heartfelt Sympathies Store.

We encourage you to share your most beloved memories of Ervin here, so that the family and other loved ones can always see it. You can upload cherished photographs, or share your favorite stories, and can even comment on those shared by others.

Posted Jun 08, 2019 at 11:45am
Bart and Kristi and family, I am sad to hear about Uncle Ervie passing away and am thinking of you. Wow what a life lived! I haven't seen him for many years but I have vivid memories of visiting the dairy farm and learning all about milking cows from him! One spring he showed us how the calves liked to lick our hands for the salt. My memory was the calf almost sucked my hand off... :) I also loved watching the family poker games at holidays that included him but most importantly I remember his smile and twinkling eyes. What a kind man he was! Sending my love, Jannie Crabtree Higgins
Comment Share
Share via:
M

Posted Jun 04, 2019 at 05:35pm
Dear Naasz Family, I am so sorry for your loss. When we lose a love one in death it is never easy. During this difficult time may your family find comfort in Gods word the Bible that soon we will see our love ones again. -John 5:28,29 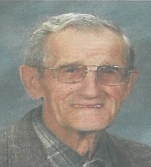 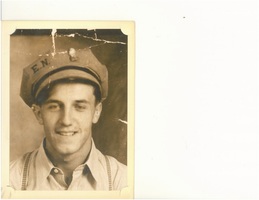