To share your memory on the wall of Bertha Herden, sign in using one of the following options:

Provide comfort for the family of Bertha Herden with a meaningful gesture of sympathy.

On August 19, 1965 she married Allen Jerry Herden and added four boys to her family; Jerry, David, Mark and Carl.

They lived briefly in Wyoming and Idaho before coming to Montana. They farmed, ranched in Billings, Park City and Laurel. When they were done with farming they went into trucking. That took them to Wyoming again then Oregon and finally to return to Montana. They settled in Park City and retired there when health issues developed.

On Friday, April 19, 2019 with daughter Ricki, granddaughter Shelby and great-granddaughter Brooke at her side she left us to join Allen in their final long haul.

Visitation will be held at Smith Funeral Chapel in Laurel, 315 E 3rd St from 10:00 to 11:00 April 30.
Funeral services will follow at 11:00 a.m. Interment will be at Bridger Cemetery following the funeral
services. There will be a reception following at Mary Herden's home in Belfry.
Read Less

We encourage you to share your most beloved memories of Bertha here, so that the family and other loved ones can always see it. You can upload cherished photographs, or share your favorite stories, and can even comment on those shared by others.

Plant a Tree in Memory of Bertha
Plant a tree 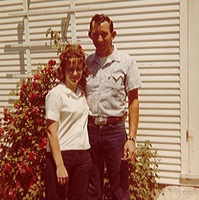 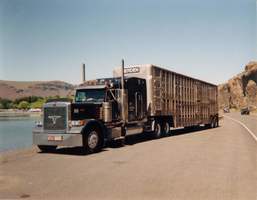