To share your memory on the wall of Gerald Rudio, sign in using one of the following options:

Provide comfort for the family of Gerald Rudio with a meaningful gesture of sympathy.

We encourage you to share your most beloved memories of Gerald here, so that the family and other loved ones can always see it. You can upload cherished photographs, or share your favorite stories, and can even comment on those shared by others.

Posted Mar 18, 2019 at 03:20pm
Marietta:
I am so sorry for your loss. It's been years since we've seen each other but I think of you often. Know that you and your family are in my thoughts and prayers.
Becky Hill
Comment Share
Share via:
HE

Posted Mar 18, 2019 at 11:09am
Today, I learned that your family is mourning the loss of your beloved Gerald.Please accept my condolences and be assured that almighty God is certainly aware of your painful feelings. May God comfort and sustain you to get through this day and others to come (Isa 41:13). Wishing your family all the best at this most difficult period. For more comfort from our heavenly Father, please visit http://bit.ly/2se6IHd 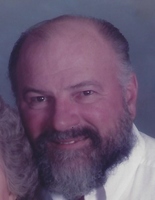 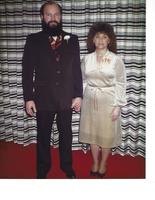