To share your memory on the wall of Vernon Locke, sign in using one of the following options:

Provide comfort for the family of Vernon Locke with a meaningful gesture of sympathy.

To plant a memorial tree in honor of Vernon Locke, please visit our Heartfelt Sympathies Store.

We encourage you to share your most beloved memories of Vernon here, so that the family and other loved ones can always see it. You can upload cherished photographs, or share your favorite stories, and can even comment on those shared by others.

Posted Dec 13, 2018 at 01:09pm
Thank god for people as kind as Grampy Vernon Locke who saw the atrocities of war and decided to make the world a better place while he could, who never boasted even though he could have about all the kind and generous things he went completely out of his way to do.His kingdom truly will be in heaven now and we will all miss him.
Comment Share
Share via:
G

Posted Dec 12, 2018 at 09:15am
My prayers to the family during this time of sorrow. I remember Mr. Locke from Riverside. He taught a few of my brothers ( Jesse,Robert, Santos and Benito) he was a very caring person always smiling as he walked through the halls of Riverside. R.I.P.
Comment Share
Share via:
PG

Posted Dec 10, 2018 at 07:39pm
My condolences to Mr. Locke’s family. I have often thought about Mr. Locke who introduced me to the world of working with my hands in general and woodworking specificaly. He was my shop teacher at Garfield in the 50’s. He was a wonderful person. I’ll always be grateful for him. Thank you.
Comment Share
Share via: 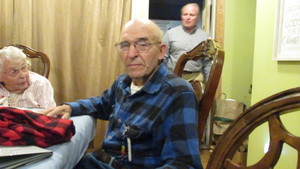 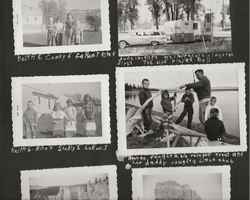